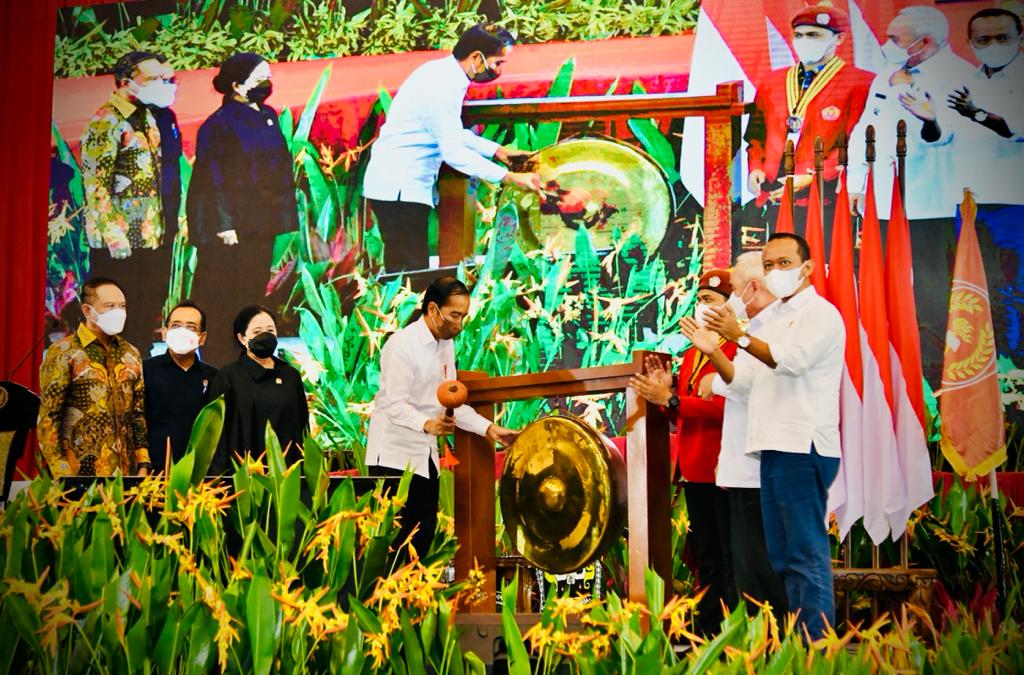 The relocation of Indonesia’s capital from Jakarta to the New Capital of Nusantara (IKN) will continue to be carried out according to the plan set by the Government and the law, President Joko “Jokowi” Widodo has said.

According to the President, relocating the country’s capital is an old idea of a number of former Indonesian leaders that has not been realized yet.

“This is an old dream. An old idea that has not been executed. Now, we have executed the plan under the new state capital law,” President Jokowi said in his remarks at the opening of the 32nd National Congress and the 31st Consultative Assembly of Members of the Catholic Student Association of the Republic of Indonesia (PMKRI), at Samarinda Convention Hall, Samarinda city, East Kalimantan province, Wednesday (06/22).

On that occasion, the President underscored the importance of moving the country’s capital, including to realize economic equality throughout the country rather than only on one island.

“The most important thing is we want the relocation to demonstrate the idea of Indonesia-centric instead of Java-centric. We have drawn a line from west to east, north to south, and found the center at East Kalimantan province,” he said.

In addition, the President also explained that moving the capital does not only physically move a number of infrastructures from Jakarta. The Government will also prioritize transformations in mindset, bureaucracy, and new ways of working using technology in the IKN.

“This is the place where we will start the future economy, green economy, future technology, and future knowledge. Hospitals will apply international standards for services, universities will be world-class universities. That way, we hope this can also open up more future jobs and skills,” he said.

On that occasion, the President also expressed hopes that IKN can be a magnet for domestic and foreign talents.

The President said that the IKN will have designs and facilities that support the 10-minute city concept, 70 percent green area, 80 percent environmentally friendly public transport as well as the use of green energy.