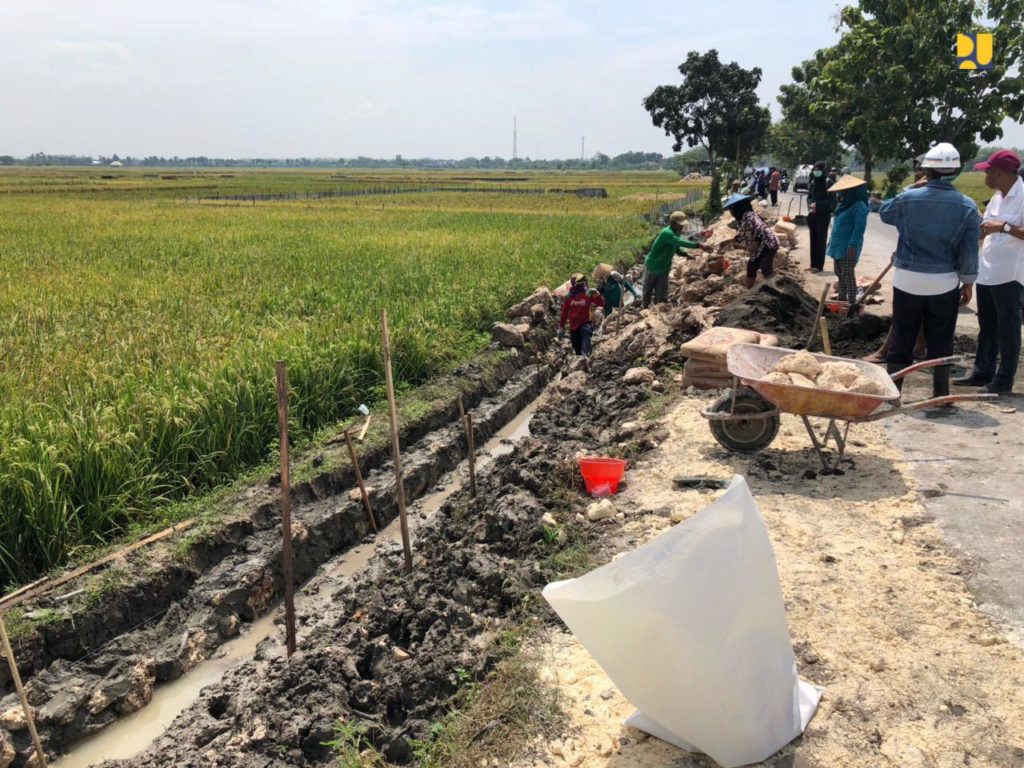 The Government through Ministry of Public Works and Public Housing is accelerating the realization of Cash-Labor-intensive Program for 2020.

One of which is the Irrigation System Accelerated Program (P3-TGAI) which has a total budget of Rp1.35 trillion and to cover 6,000 locations around the country. The acceleration is expected to maintain people purchasing power amid global economic uncertainty as the impact of Coronavirus (COVID-19) pandemic.

The program is also a manifestation of President Joko “Jokowi” Widodo’s directives to re-allocate state budget on programs that can maintain people purchasing power, particularly for the low income people.

In the meantime, Minister of Public Works and Public Housing Basuki Hadimuljono asserted that Cash Labor-intensive Program is vital for the low-income people.

“The program is not only aimed at stimulating economic growth and increasing people purchasing power, but also at distributing funds to the villages and hamlets. Implementation of the program will also consider physical and social distancing protocols,” he said.

For the record, the P3-TGAI is a program to develop irrigation system employing farmers or local residents as worker so that they can increase their incomes. This year’s program will be divided into three phases; the first phase will be started in April and is predicted to be completed in 3-4 months.