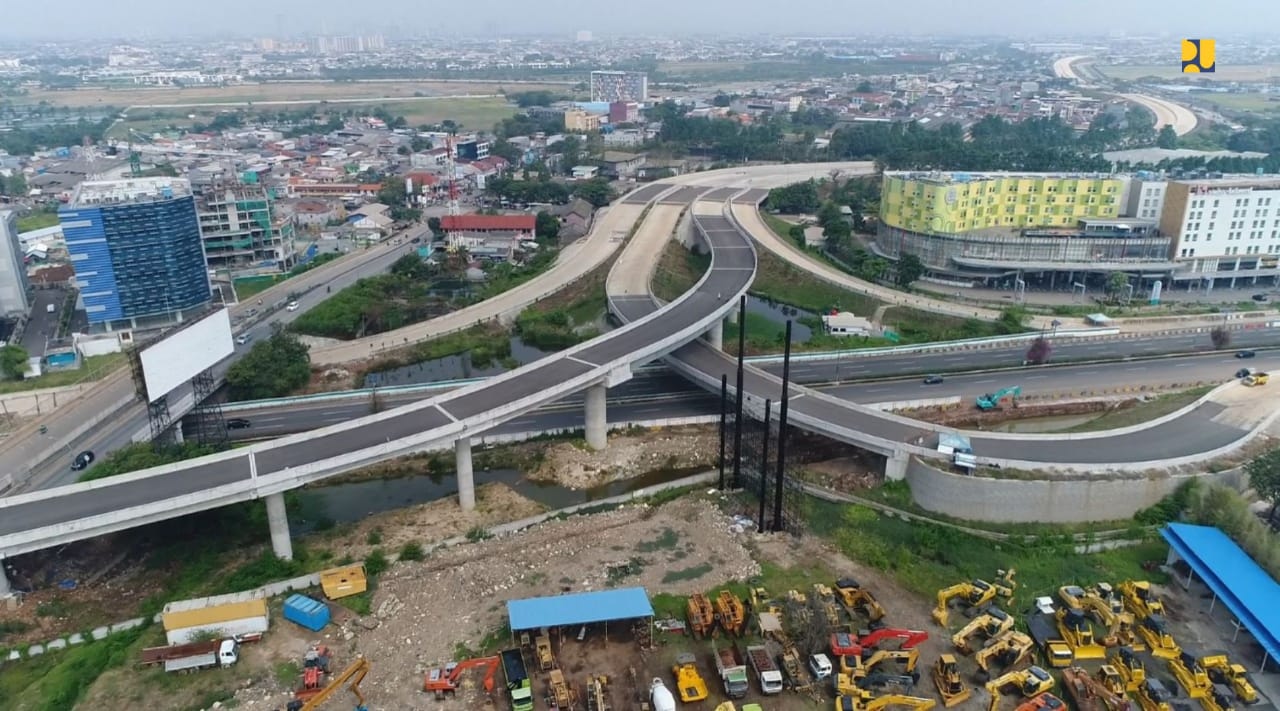 Ministry of Public Works and Public Housing has committed to improving road and bridge infrastructure services, both toll roads and national roads to support logistics channels, especially to ensure the national economic recovery due to the COVID-19 Pandemic.

One of the toll roads being completed is the 14.19 kilometer Cengkareng – Batu Ceper – Kunciran Toll Road with 86.46% progress.

Minister of Public Works and Public Housing Basuki Hadimuljono said that the existence of toll roads that are connected to productive areas would reduce logistics costs and increase the competitiveness of domestic products.

The Cengkareng – Batuceper – Kunciran Toll Road is one of the 6 sections of the Jakarta Outer Ring Road (JORR II) Toll Road, as an effort to support connectivity in the Greater Jakarta metropolitan area while reducing the traffic load on the JORR I Toll Road which is getting denser every day.

Head of the Toll Road Regulatory Agency (BPJT) of the Ministry Danang Parikesit stated that the JORR II Toll Road will also serve as a means to distribute logistics to and from industrial areas around the capital city of Jakarta, such as Banten.

The Cengkareng – Batuceper – Kunciran Toll Road which is managed by PT Jasamarga Kunciran Cengkareng (JKC) is expected to be completed by the end of 2020. In addition, this toll road is also presumed to be an alternative access to Soekarno-Hatta International Airport and its surrounding areas.