Commission II of DPR: Budget Shortages Should Not Reduce Quality of Election 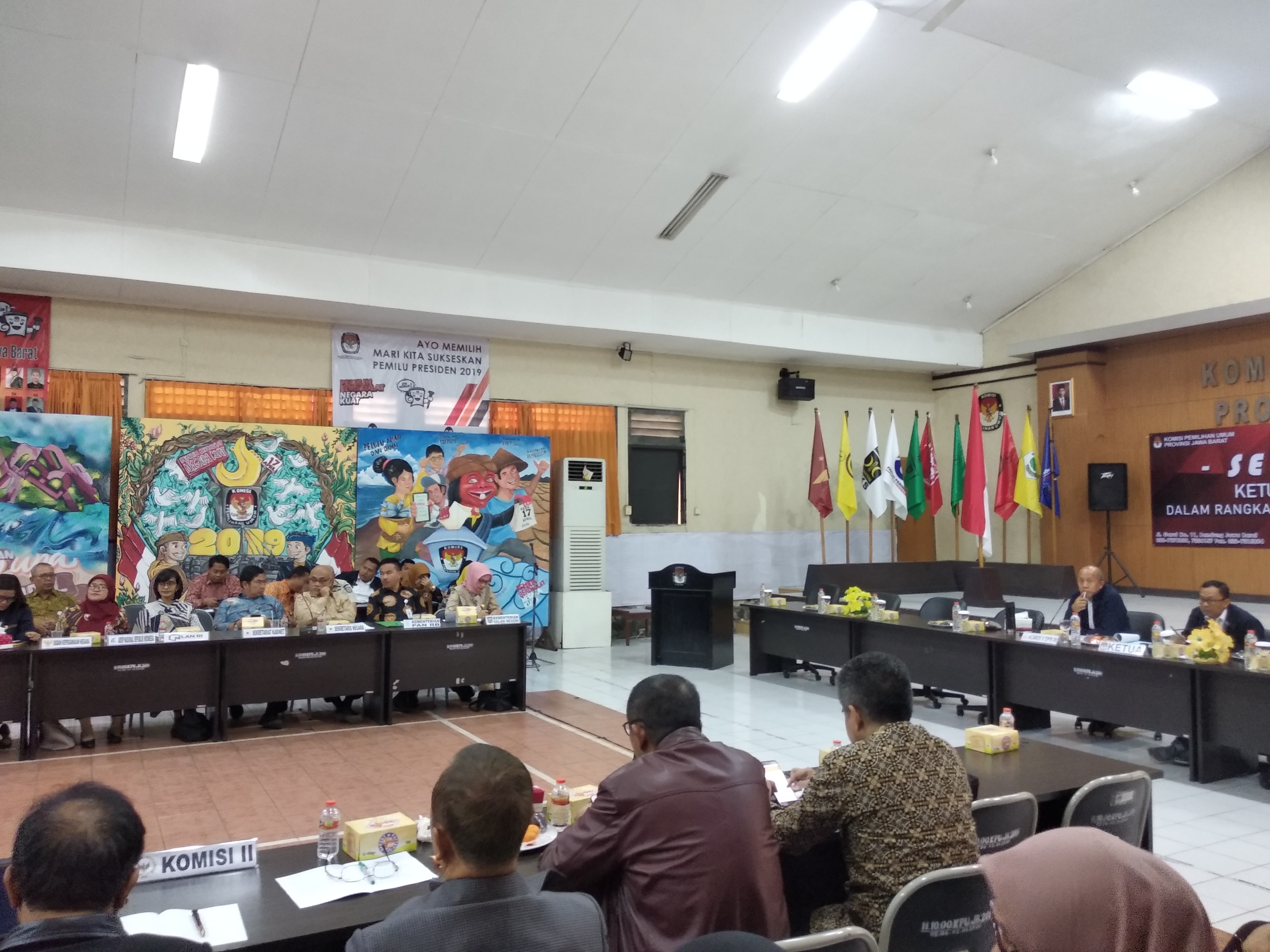 Commission II of the House of Representatives, accompanied by its working partners, conducts a working visit to West Java’s General Election Commission (KPU), at the KPU office, Wednesday (18/12). (Photo by: Deny S/PR)

Budget shortages should not reduce the quality of the 2020 simultaneous regional election in West Java, Deputy Chairman of Commission II of the House of Representatives Saan Mustofa said.

“A high-quality regional election is determined by the integrity and credibility of the organizer,” Saan said on a working visit to West Java’s General Election Commission (KPU) office during a recess period of 2019-2020 on Wednesday (18/12).

He asserted that the House demands to see a qualified, credible, and virtuous regional heads from the election who will be able to establish more advanced regions as well as be loved by its people. “Not a regional head whom people will gossip about or become a subject of an unfavorable issue,” he said.

West Java KPU Chairman Rifqi Ali Mubarok on the occasion stated that the 2020 West Java elections have been well prepared in each of the stages. Regions that will hold the elections including Tasikmalaya Regency, Karawang Regency, Indramayu Regency, Depok City, Bandung Regency, Cianjur Regency, Sukabumi Regency, and Pangandaran Regency.

“The participation rate in the 2019 West Java elections was 82%, which is better than the previous election of 77% percent,” Rifqi said. (SM/DNS/ES)