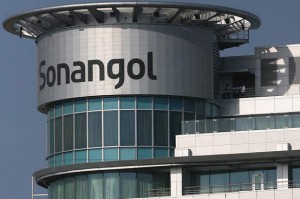 Cabinet Secretary Andi Widjajanto stated that up to now, there hasnt been any framework yet for concrete cooperation between PT Pertamina (Indonesias state-owned oil company) and Sonangol (Angolas oil company) concerning the plans to import oil from Angola.

According to the Cabinet Secretary, in connection with the Governments efforts to seek for alternative energy sources, the Government is also exploring the possibilities of building government-to-government (G to G) cooperation with Brunei Darussalam, Russia, and Kazakhstan.

President Jokowi has given his directives, instructing us to seek for alternative energy sources, to respond to the report from the Minister of Energy and Mineral Resource. Lets explore possibilities of other energy sources, the Cabinet Secretary said to journalists in the Presidential Office in Jakarta on Wednesday (3/12).

Previously, Minister of Energy and Mineral Resources Sudirman Said also said that the negotiation processes for purchasing oil from Angola, which involve Sonangol, are still going on and havent been concluded yet.

The processes havent final yet, and thus, there hasnt been any conclusion whatsoever, Sudirman said in Jakarta on Tuesday (2/12).

Meanwhile, PT Pertaminas Director Achmad Bambang, as quoted by kompas.com, said that PT Pertamina will establish a joint venture together with Sonangol in connection with the plans to import oil from Angola into Indonesia.

If the joint venture is successfully established, it is believed that Angola will give discounts on the oil it will import into Indonesia. The processes to establish the joint venture with Sonangol take a lot of time. However, if we can reach agreement in the few months ahead, it will be great for Pertamina, Achmad said.

Concerning the problems which still hinder Pertamina from reaching the agreement with Sonangol, Pertaminas Director Achmad said that both parties havent yet agreed on the prices of oil which Angola will import into Indonesia. Besides, the expected discounts on the crude oil which Sonangol will import havent been confirmed yet.

The plans to purchase oil from Angola came up when President Joko Widodo (Jokowi) met Angolan Vice President Manuel Domingos Vicente in Jakarta in October 2014. In their meeting, President Jokowi and Vice President Vicente witnessed the signing of the agreement on the cooperation in oil trade between Pertamina and Angolas oil company. (RAM/Humas Setkab/ES)