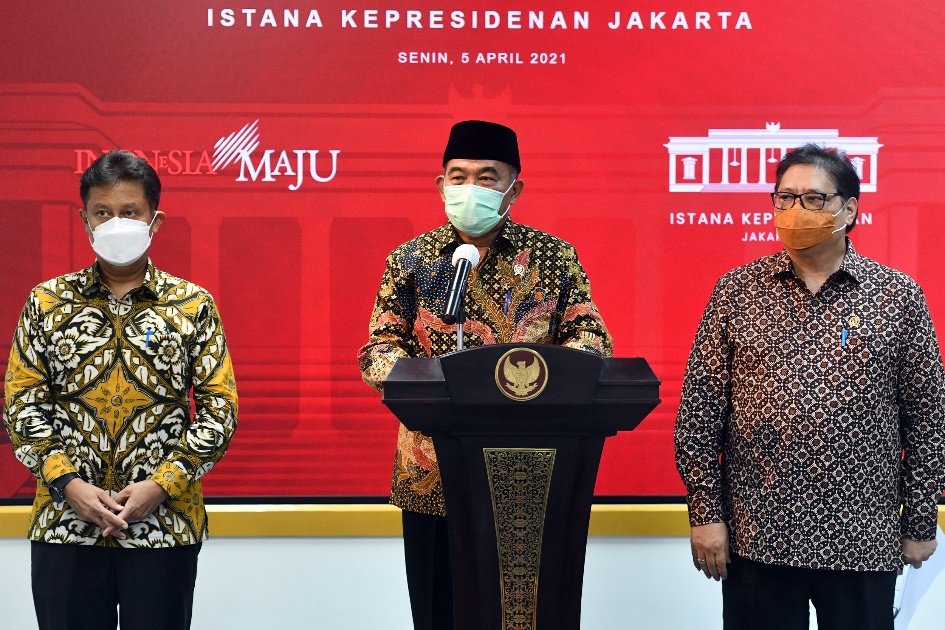 The Government has announced it will allow this year’s congregational Tarawih (evening Ramadan prayer) and Eid prayers but with strict health protocols.

The announcement was made by Coordinating Minister for Human Development and Culture Muhadjir Effendy during his press statement after attending a meeting led by President Joko “Jokowi” Widodo, Monday (05/04) afternoon in the Presidential Office in Jakarta.

“So, (it is allowed) in a community scope, which means the congregation knows each other, so congregation outside their community should not be allowed (to join the prayers),” he said, adding that the congregational prayers should be carried out as simple as possible and not take too long, considering the COVID-19 pandemic is still not over.

“To avoid crowds, (do pay attention to) the number of people, especially when you are going to the place of prayers, be it on a field or at a mosque, and when the congregational prayer is over, so crowds that are too big can be avoided and everything can run safely,” he remarked. (DND/UN) (DH/EP)