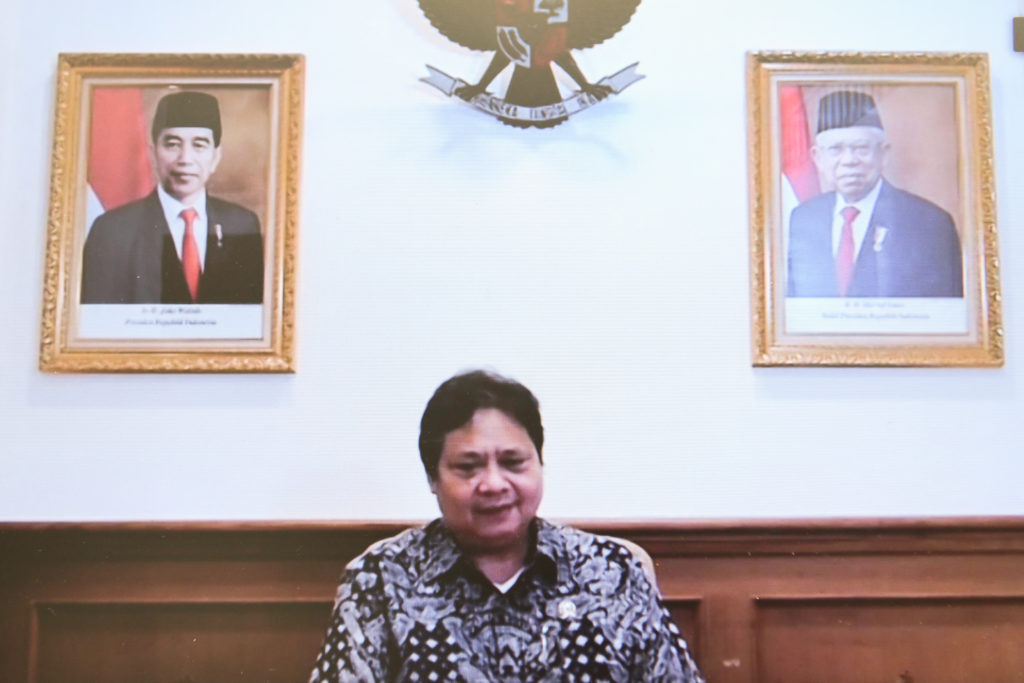 “On the national level, we have two provinces with the vaccination rate below 70 percent outside the islands of Java and Bali, namely West Papua and Papua. Five provinces, namely West Sulawesi, North Maluku, West Papua, Maluku and Papua recorded [vaccination rate] below 50 percent for the second dose,” Coordinating Minister for Economic Affairs Airlangga Hartarto said on Monday (03/14).

The Coordinating Minister said that the Government is speeding up booster vaccination outside the islands of Java and Bali for the elderly group.

Regarding the pandemic situation, the national effective reproduction rate (Rt) had decreased from the previous 1.09 percent to 1.06 percent.

Airlangga also said that the mortality rate was 2.58 percent, while hospital BOR (bed occupancy rate) is still relatively under control, except in East Nusa Tenggara province where the BOR is 46 percent.

The Coordinating Minister went on to say that a number of areas outside the islands of Java and Bali had passed the peak of cases, including North Sulawesi, Papua, South Sumatra, South Sulawesi, North Sulawesi, East Kalimantan, West Sumatra, Riau Islands, Lampung and Riau provinces. Two provinces that are still experiencing an increase in daily cases are North Kalimantan and East Nusa Tenggara.

Closing his statement, Airlangga said that in line with the improvement in the pandemic situation in the regions outside the islands of Java and Bali, there are more regions implementing activity restrictions (PPKM) Level 1 and 2 for the period of 15 to 28 March.