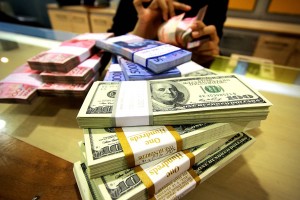 Coordinating Minister for Economic Affairs Sofyan Djalil said that the weakening of the Rupiah against the US Dollar is still under normal conditions.

“This is not a problem, this condition is caused due to the current American economy is very good. The impact not only against the Rupiah, but against all currencies are also affected,” Sofyan Djalil said when met at the Office of the Minister for Economic Affairs, Jakarta, Wednesday (11/3).

According to him, the condition of Rupiah is not too bad when compared to other foreign currencies, and only Swiss francs which gained from the US dollar.

“If the Indonesian tourism sector increased and attracted many visitors, the foreign tourists who bring dollars will be many more to come to Indonesia. Then for migrant workers will also be repaired everything to improve the issuers”,  Sofyan explainedsaid.

Earlier, Deputy Governor of Bank Indonesia, Perry Warjiyo said that the strengthening of the US dollar that occurs in almost all foreign currency caused by three factors.

“The first is that the American economy continues to strengthen, and plans for strengthening the Fed Funds Rate causing the dollar strengthened. Second, the existence of monetary liquidity injection from the ICB Euro and the Bank of Japan,” he said.

He added that last year the euro fell 13.5 percent against the US dollar, and the Japanese yen 12.5 to 13 percent, while the Rupiah is only 1.8 percent.

“This means that Rupiah indeed weaker against the dollar but strengthened against the yen and the euro approximately 11 percent. Also, all countries face the phenomenon of the strengthening of US dollar “, he said.

As for the third factor, is the condition of the domestic economy is still facing a current account deficit, Perry said in a press conference at the Ministry of Finance, on Tuesday (10/3). (*/Humas Kemenkeu/ES)