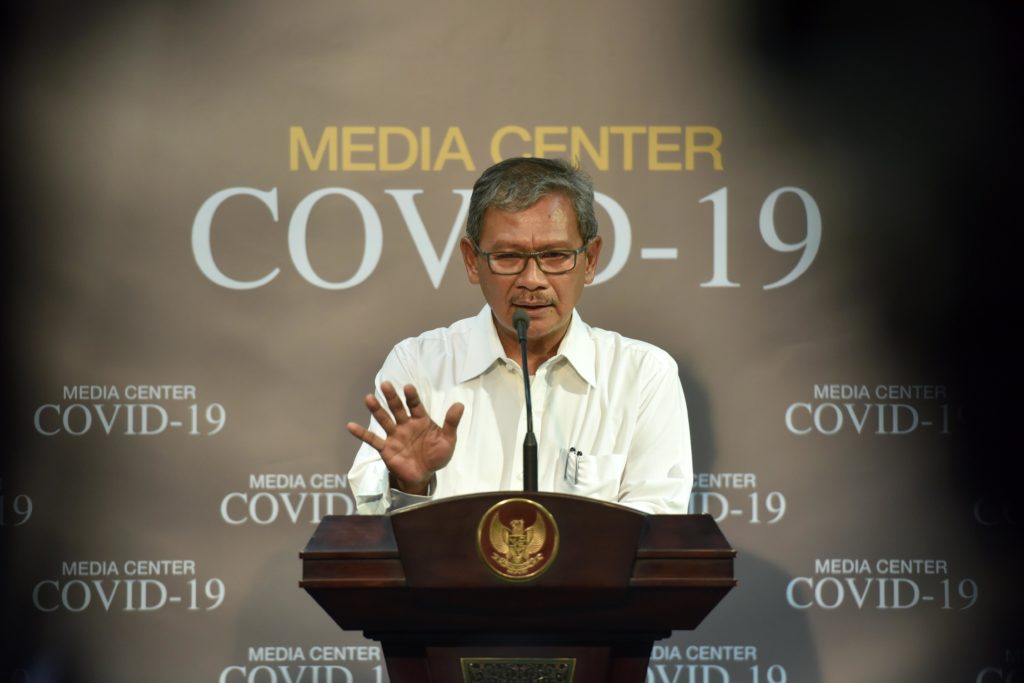 As of Saturday (21/3), Indonesia recorded 450 confirmed cases of covid-19 with twenty of them recovering and 38 dead, the Government’s spokesperson on covid-19 matters Achmad Yurianto has announced.

“The data has been submitted to all provinces and hospitals where the patients are treated, then to health agencies in regencies/cities as inputs to trace the possible transmission from those patients,” Yuri said in Jakarta, Saturday (21/3).

Based on the data, Yuri continued, the Government will run a rapid test on them to check the spread of the virus. He added that the Government also provides one million rapid test kit and has carried out 2,000 test so far.

“The Government hopes the rapid test can be done nationwide, particularly in regions with most covid-19 cases reported,” Yuri said.

Yuri also appealed to the public to remain calm and stay committed to practicing social distancing by avoiding social contact and face-to-face meetings which may boost the spread of the virus.

“The Government is working hard to fight this issue and we realize that our efforts will be successful only with joint efforts from all communities,” he said. (UN/EN)