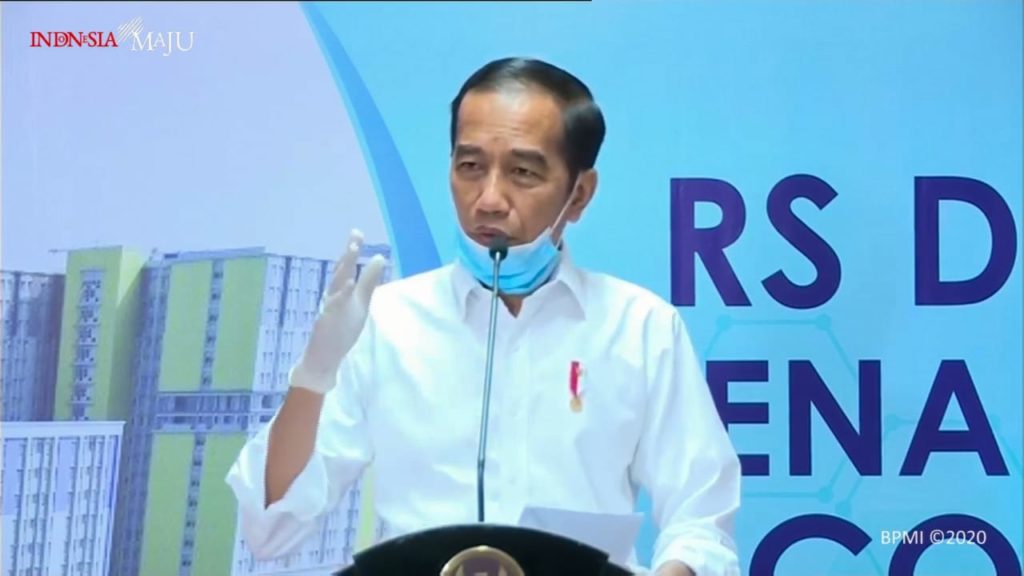 President Jokowi delivers his statement after an inspection to Wisma Atlet, Jakarta, Monday (23/3).

President Joko “Jokowi” Widodo sent his deepest condolences for the passing of doctors, nurses, and other medical personnel who dedicated their lives to combat Covid-19.

“They have dedicated their energy to deal with the coronavirus. On behalf of the government, the state, and the people, I would like to express my sincerest gratitude for the hard works, for the struggle in handling the Covid-19,” President Jokowi stated on a press conference after an inspection to Wisma Atlet (athlete village), Jakarta, Monday (23/3).

On that occasion, the President announced that monthly incentives would be given to medical personnel such as doctors, midwives, and nurses.

“There will be also a death benefit of Rp300 million and this applies to regions that have declared emergency response status,” the President concluded. (HIM/UN/EN)