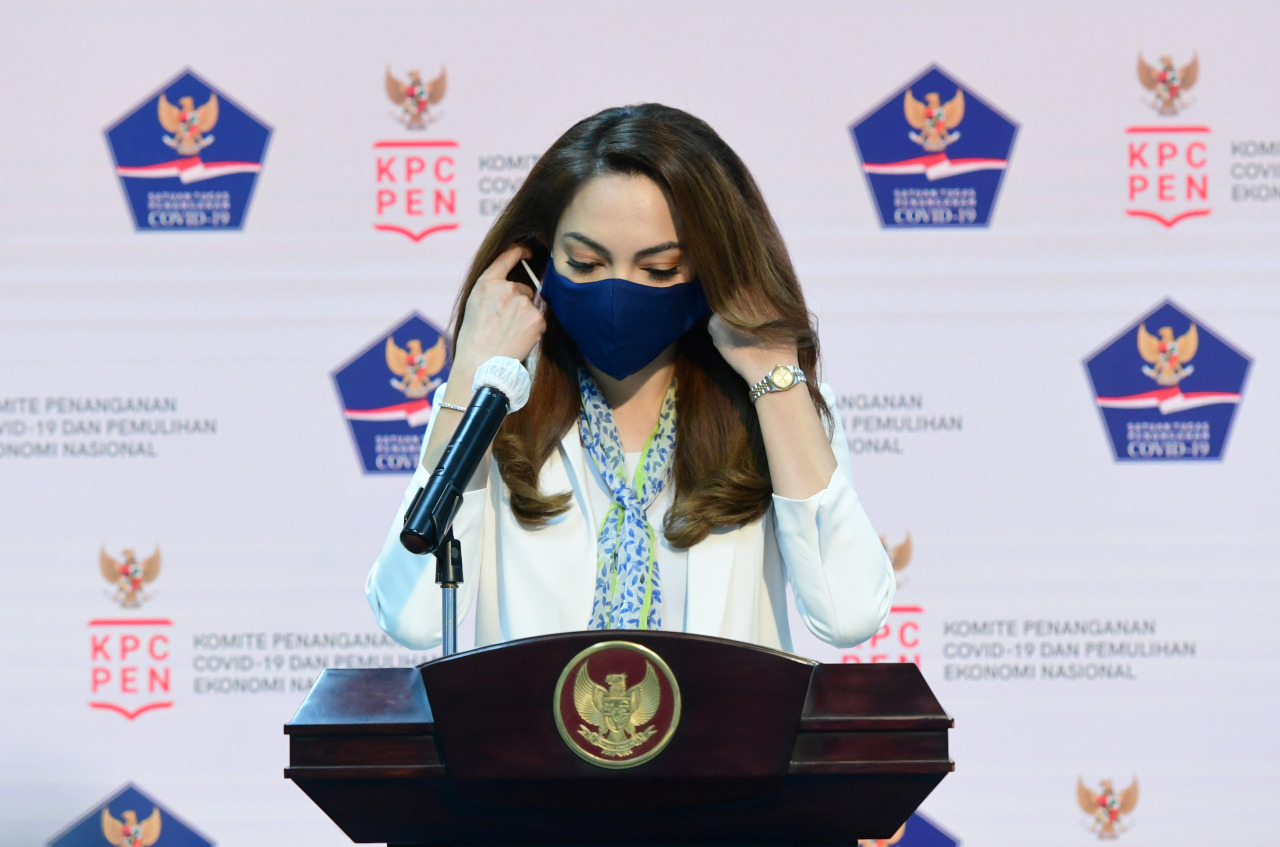 Spokesperson for the Covid-19 Handling Task Force Reisa Broto Asmoro has announced that the average number of active cases in various regions in the country has declined.

“The number of active cases has declined in several areas,” Reisa said at the Presidential Office, Jakarta, Monday (14/9).

She also detailed the distribution of active cases per province in which the highest was reported in Capital Jakarta with 11,436 active cases, or slightly lower than that in the previous day at 12,078 cases.

The second highest was reported in West Java province with 6,443 cases, lower than that in the previous day at 6,404 cases, she added.

The third highest, Reisa continued, was reported in Central Java province with 5,439 cases, lower than that in the previous day at 5,518 cases.

“The recovery rate is quite high, meaning that 7 of the 10 people affected by COVID-19 have recovered,” she explained.

However, the additional new positive cases, according to Reisa, reach 3,141 cases, making the cumulative cases to 221,523 cases.

She also cited data from Ministry of Health that the bed occupancy ratio (BOR) or the availability of hospital beds is adequate to anticipate a 20% surge as predicted by the World Health Organization (WHO).

On that occasion, Reisa also repeatedly appealed to the public to maintain discipline in following health protocols, adding that the large-scale social restrictions are still in place to contain the spread of the virus.

The health protocols, added Reisa, must be followed massively.

“The campaign to wear a face masks, to maintain physical distance, to wash hands and to avoid crowds must be carried out massively,” she said.

For the record, the Government in the past few weeks has made various efforts such as issuing circular and making appeals, including regarding the number of working hours, the number of employees in one room that must be limited and physical distancing that must still be practiced.

The Government has also carried out 3T (testing, tracing and treatment) measure and the public has been urged to practice 3M (wearing face masks, maintaining a safe distance and washing hands), including between family members.

Reisa also urged people who are currently undergoing health treatment to remain optimistic and for those who are healthy to remain cautious.

She also called on the public to never underestimate the COVID-19 virus and all elements of communities must join hands to curb the spread.

“The pandemic will be over as long as we enforce self-discipline. Indonesia can certainly fight the virus,” she said. (Communication Team of the COVID-19 Working Committee / EN)