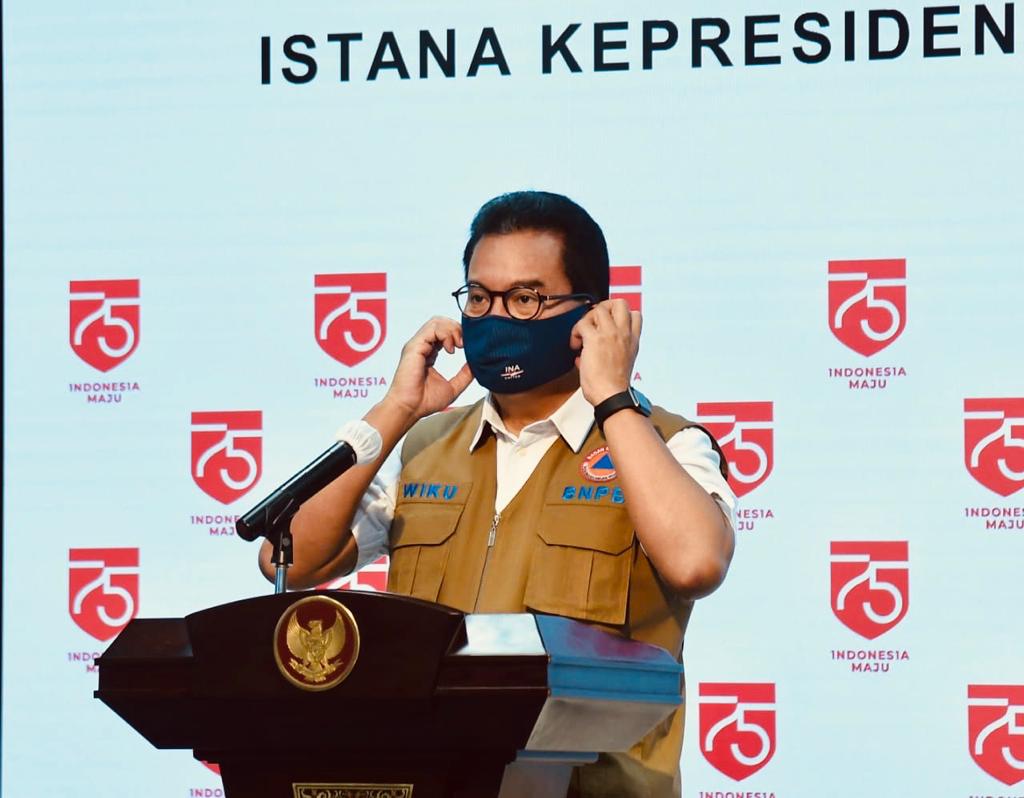 The Government has announced that active COVID-19 cases continue to decrease during the previous reporting period (13 July-12 August 2020), Spokesperson of the National COVID-19 Task Force Wiku Adisasmito has said.

“As of Wednesday (12/8), the total number of active cases in the country reached 29.85 percent, lower than global average of 30.51 percent,” Wiku said during a press conference at the Presidential Office, Jakarta, Thursday (13/8).

“Those are the most densely populated areas. We need to pay attention that we should not be careless, including regencies/cities that have succeeded in reducing the number of active cases or regions with no active-cases at all,” he said.

Based on the epidemic risk mapping, he added, as many as 35 regions are not affected, 47 regions recorded having zero new-cases in the last four weeks with 100 percent recovery, 177 low-risk regions, 222 medium-risk regions, and 33 high-risk regions.

“Regencies are expected to improve their testing, tracing, and treatment or isolation for COVID-19 cases. Make sure that the public follow health protocols, such as wearing masks and washing hands. The orange zones or medium-risk areas will increase once regional administrations and the public follow the protocols well,” he concluded. (Tim Komunikasi Komite Penanganan Covid-19 dan PEN/EN)