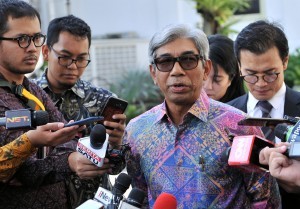 The Czech Republic has offered scholarships for Indonesian students, especially medical students, to study in the country, according to Deputy Minister of Foreign Affairs AM Fachir.

“The Czech Republic offers scholarships for Indonesian students, especially medical students, to study there,” Fachir said after accompanying President Joko Jokowi Widodo in a meeting with delegates of the Senate of the Czech Republic led by its President Milan t?ch, at the Merdeka Palace, Jakarta, Monday (17/9).

Fachir added the President during the meeting also praised the Czech Republic for its support in the nomination of Indonesia as a non-permanent member in the UN Security Council and expressed support for cooperation between the Czech Parliament and the Indonesian Parliament to promote pluralism and tolerance, as well as to boost economic growth.