Dead Execution Protested by the UN and Australia, Vice President: We Hold on the Law 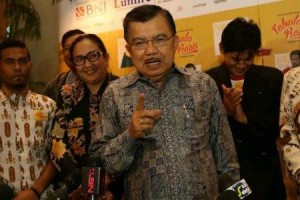 Although, protested by a number of leaders from friendly countries whose their citizens are in the list to be executed, including the protests from the Secretary-General of the United Nations (UN) Ban Ki-moon, the government confirmed that will keep to execute for death row inmates of narcotics and drugs (Narkoba).

“We stick to the provisions of the law, adhere to the decision of the judges and the Supreme Court, will not be affected to anyone else,” Vice President Jusuf Kalla said after opening the 1st National Working Deliberations (Mukernas) of Indonesian Red Cross (PMI) in Jakarta, Monday (16 / 2).

However, Vice President Jusuf Kalla could understand if the Australian Government protests the actions taken by Indonesia to execute the death row inmates of narcotics and drugs (Narkoba), Andrew and Myuran.

As we know, that following the Attorney General’s plan will execute again on the death row inmates of narcotics and drugs (Narkoba), including two Australian citizens, namely Andrew Chan and Myuran Sukumaran, UN Secretary General Ban Ki-moon in a statement called on Indonesia, in order not to make the execution of death row inmates cases of drug crimes, including citizens of Australia, Brazil, France, Ghana, Indonesia, Nigeria and the Philippines.

According to UN spokesman Dujarric Stpehane, Ban Ki-moon has spoken with Indonesian Foreign Minister Retno Marsudi, Thursday (12/2), to express his concern over the latest application of the death penalty in Indonesia.

While the Australian Prime Minister Tony Abbott has said that, he would conduct a diplomatic reply in kind if Indonesia executes his citizens.

Abbott asserts, Australia citizens fed up with a plan of execution to be carried out by the Government of Indonesia against two Australians, namely Andrew Chan and Myuran Sukumaran. Therefore, Australia will continue to press the Indonesian Government to annul the death penalty.

“We will look for ways to show our disapproval of the issue,” Abbot said, as reported by The Sydney Morning Herald, Sunday (15/2).

While on Monday (16/2), the Australian embassy representatives will meet with the Indonesian government to discuss the execution of the death penalty.

Andrew Chan and Myuran Sukumaran sentenced to death for being caught trying to smuggle 8 kg of heroin at the airport in Denpasar, Bali, in 2005 ago (*/ES)