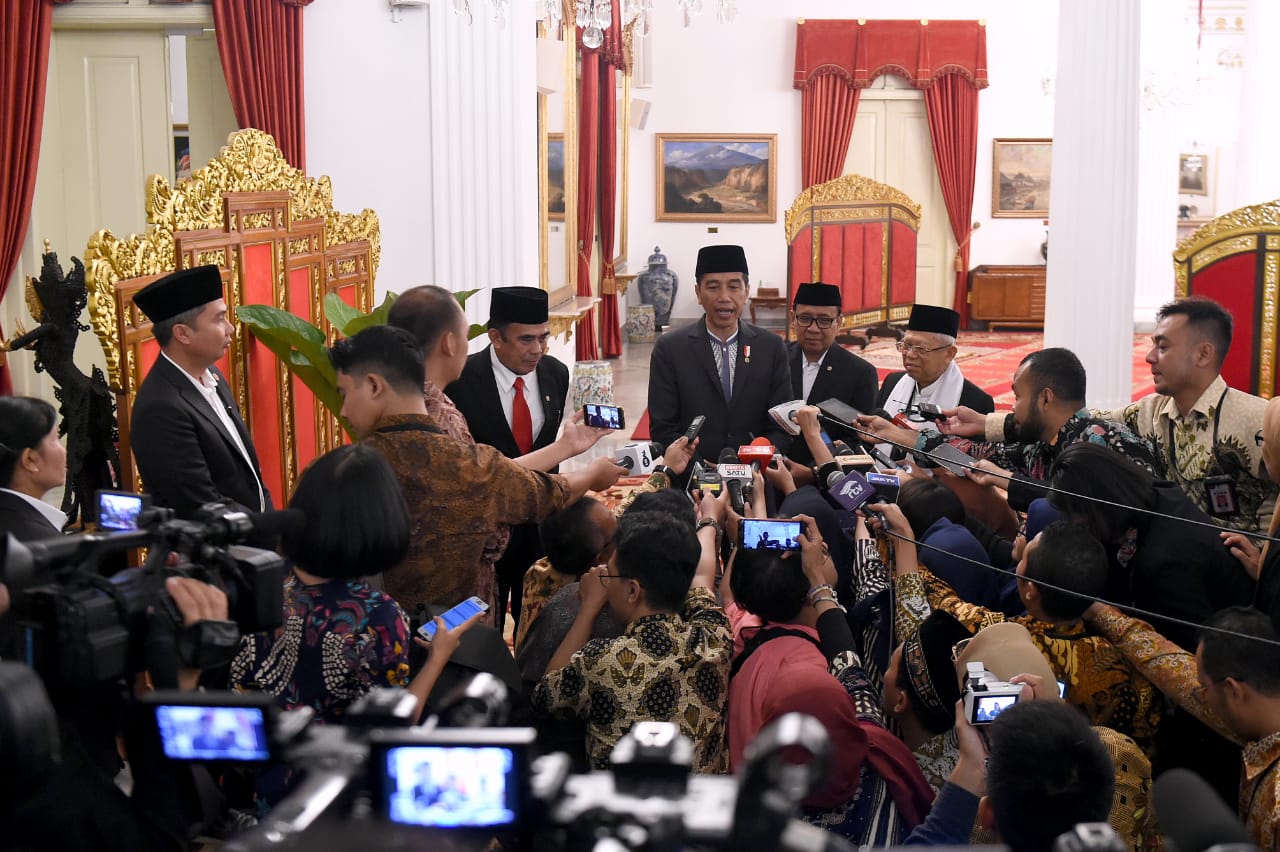 President Jokowi answers questions from journalists after the celebration of the birthday of Prophet Muhammad PBUH (Mawlid an-Nabi) at the State Palace, Jakarta, Friday (8/11). Photo by: BPMI

President Joko “Jokowi” Widodo has said that Presidential Regulation Number 66 of 2019 on the Organizational Structure of the Indonesian National Defense Forces (TNI) aims to strengthen the management of the TNI whose personnel are spread across the nation.

“The TNI oversees a large numbers of personnel from Sabang to Merauke, from Miangas to Rote Island” the President said at the State Palace, Jakarta, Friday (8/11).

The President also explained that the proposal related to the TNI Deputy Commander position has been around for a long time, adding that the TNI Commander will give him a list of high-ranking officers for candidates of the Deputy Commander.

President Jokowi further said that new TNI Deputy Commander may be appointed next week, next month, or even next year. (BPMI/EN)