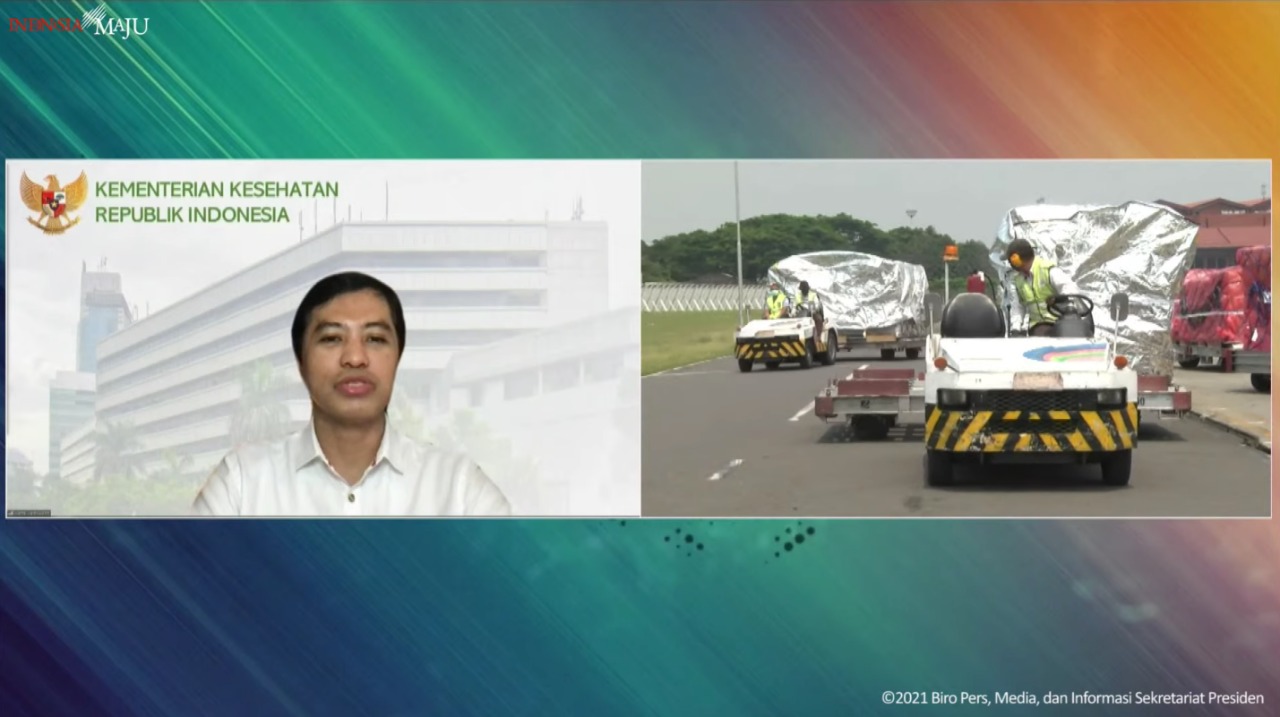 Deputy Minister of Health Dante Saksono Harbuwono expressed optimism that the addition of both vaccines will support efforts to accelerate vaccination drive which targeting 208 million people.

“With the arrival of these two vaccines, the Government is optimistic that it can accelerate the rate of vaccination. It is also hope that this month we can reach two million doses of vaccine per day,” said Dante in a virtual press statement, Saturday (11/9).

In detail, he explained that as many as 500,000 doses of Janssen vaccine are the support from the Dutch Government. In the early stages, the vaccine is planned to be distributed to agglomeration areas.

“The Janssen vaccine has obtained an emergency use permit or EUA from the Food and Drug Supervisory Agency (BPOM) on 7 September and will be used for the general public aged 18 years and above with a single dose of 0.5 mL intramuscularly,” he explained.

“From the first arrival of COVID-19 vaccine in December 2020 until today, Indonesia already has a total of more than 232 million doses of vaccines, both in the form of raw materials/bulk and ready-to-use vaccines,” said Dante.

Regarding the implementation of vaccination drive, data from Ministry of Health shows that as of 11 September 2021, the national vaccination coverage has reached around 112.85 million doses, with details of around 71.67 million people (34.41 percent) have received the first dose and 41.18 million people (19.77 percent) have received the second dose.

“The rate of vaccination in the first week of September is also very high, followed by the arrival of the vaccine,” added the Deputy Minister.

He once again reminded the public to remain disciplined in implementing health protocols and getting vaccinated.

“In addition to following the health protocols, the people should also follow the national vaccination drive. No need to be picky on vaccine brands. The best vaccines are vaccines that are currently available. If we delay vaccination, we will be exposed to the virus and the impact will be more severe,” he said. (FID/UN) (EST/MMB)