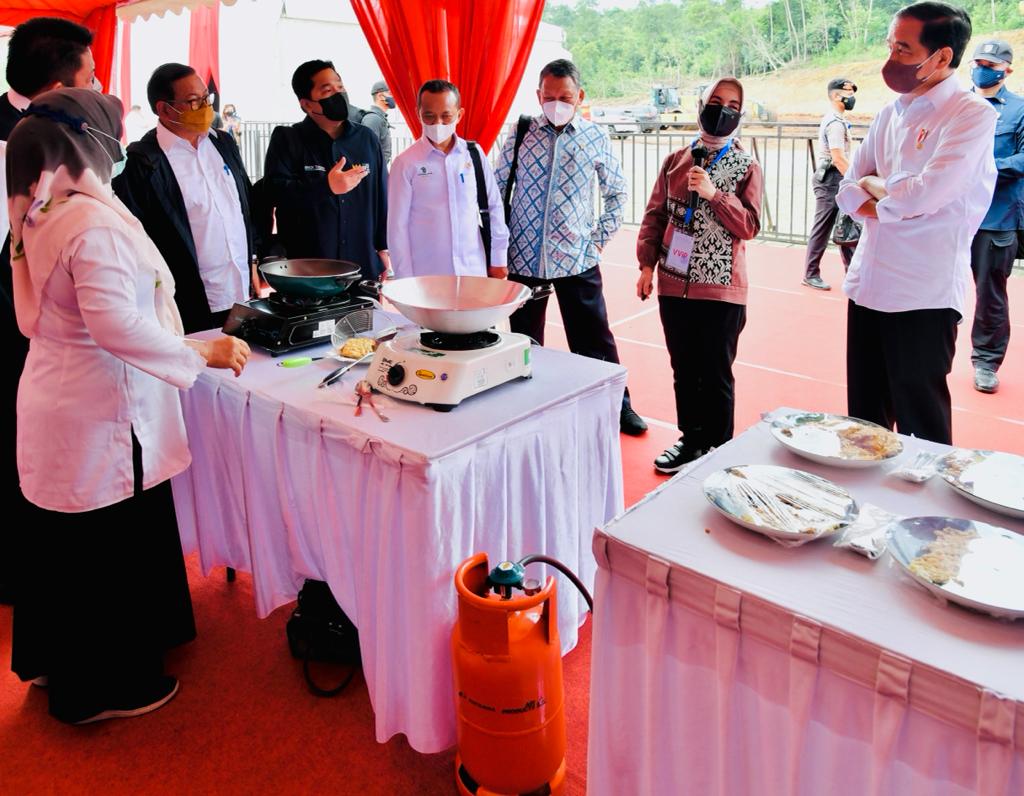 Based on the research done by Energy and Mineral Resources Ministry’s Research and Development Unit (Lemigas), the combustion efficiency of dimethyl ether (DME) is better than the liquefied petroleum gas (LPG). Thus, DME deserves to be an alternative fuel for energy substitution program in Indonesia, according to Minister of Energy and Mineral Resources Arifin Tasrif, Monday (02/21).

The utilization of the DME uses a type of coal from the mine mouth that contains 3,800 kcal per kilogram that cannot be utilized for the needs of state-owned electricity company PT PLN.

Arifin said that the Government has measured the agreed price of the DME so that the price can compete with the price of LPG. The DME substitution will provide more benefits to Indonesia in the form of utilization of natural resources, LPG import foreign exchange savings, and fulfillment of the in situ at the mine mouth location that can overcome scarcity issues.

For the record, Indonesia is currently building a downstreaming plant to transform coal into DME in Muara Enim regency, South Sumatra province. This plant is projected to produce 1.4 million tons of DME per year from 6 million tons of low-calorie coal. The Government also hoped that this DME project can provide job opportunities for about 13,000 people at the construction stage. The downstream sector will be managed by state-owned energy company PT Pertamina and it is expected to create 12 thousand new jobs.

The coal downstreaming project is a cooperation between the United States through American industrial gas company Air Products & Chemical Inc and Indonesia through PT Pertamina and state-owned coal miner PT Bukit Asam. The Government has set a target to realize the value of an investment plan amounting to US$ 15 billion for the coal gasification industry and its derivatives in Indonesia.

At the groundbreaking of the project in Muara Enim regency, President Joko “Jokowi” Widodo pointed out the importance of downstreaming, industrialization, and imports reduction, adding that, he said that coal downstreaming into DME can reduce LPG imports amounting to approximately Rp80 trillion.

The Head of State said that the coal downstreaming into DME can also reduce about Rp70 trillion of the LPG subsidies from the State Budget.

“We have been comfortable with imports for decades. Some are comfortable with imports. Indeed, it is comfortable to sit in the comfort zone, keep repeating the import routine without even thinking that it brings disadvantages for the country and the people because there are no job opportunities,” the President remarked. (PR of Ministry of Energy and Mineral Resources/UN) (AP/MMB)