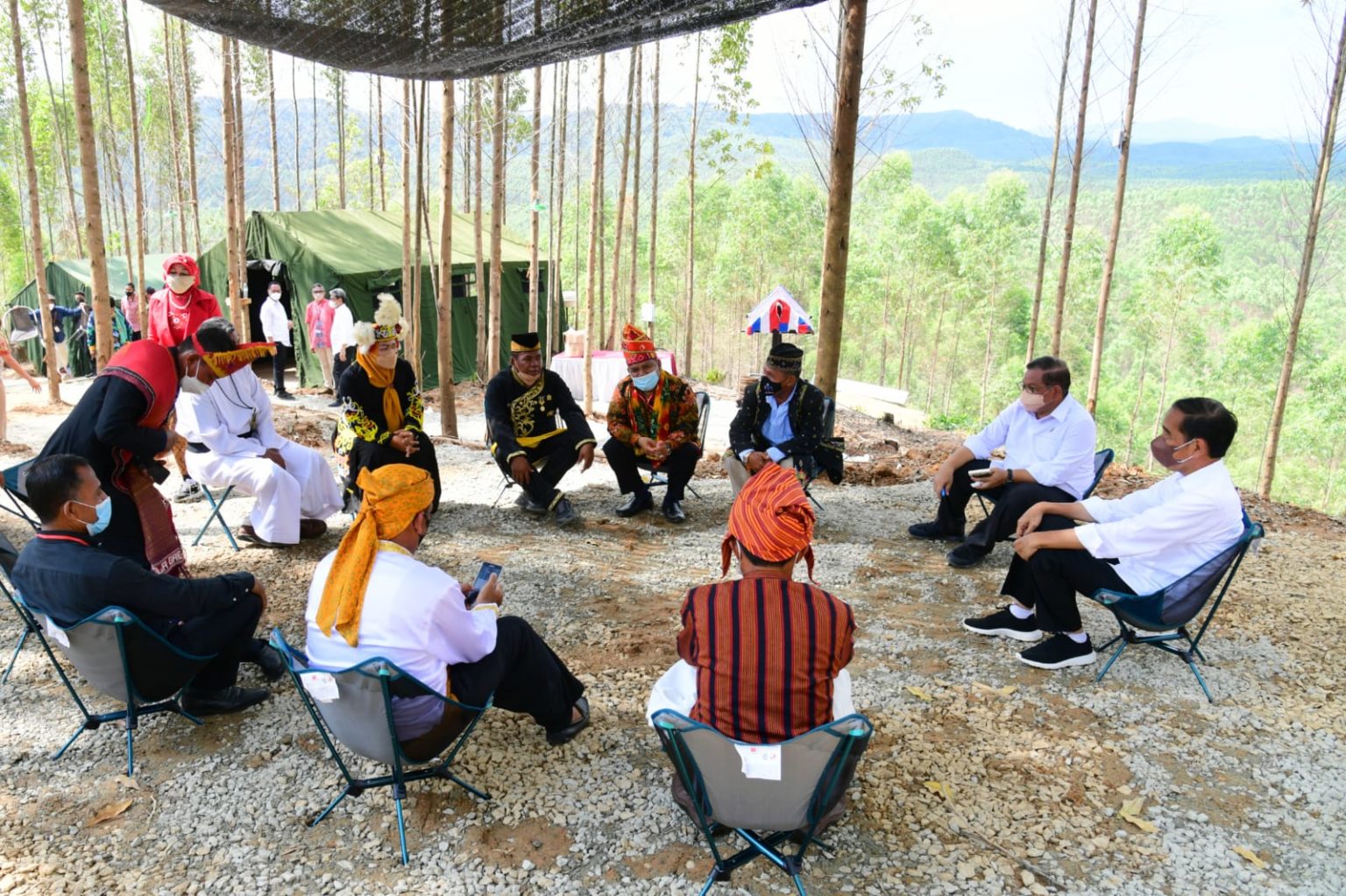 A number of customary and religious figures of East Kalimantan province expressed their support for the development of the New Capital of Nusantara (IKN).

In a meeting with President Joko “Jokowi” Widodo, Monday (03/14), Head of North Penajam Paser’s Dayak Customary Council, Helena, expressed hope that the development of IKN is not only about infrastructure of physical development but also human resources (HR) development.

She went on to say that capital relocation is a crucial step for the development of human resources in Kalimantan.

“We ask (the Government) to immediately build training centers and universities in North Penajam Paser regency,” she added.

Echoing a similar sentiment, a prominent figure from Banjar ethnicity, Ashari, expressed hope for a better education for local communities through the development of educational institutions.

He also appreciated the Government for involving local communities in the development of IKN which is expected to avert conflict of interest and narrow down a development gap between the capital and the surrounding regions. (BPMI of Vice-Presidential Secretariat /AIT) (RAS/MUR)