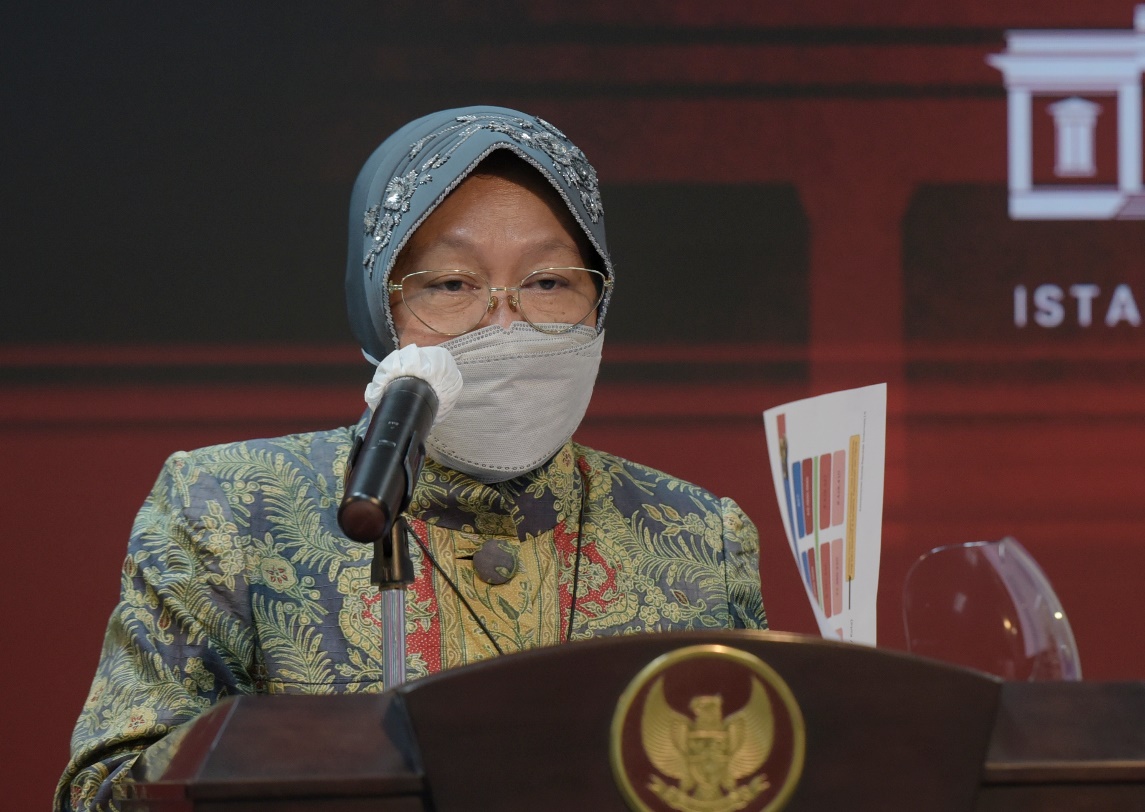 In the wake of a magnitude 6.1 tectonic earthquake that hit the East Java city of Malang and its surrounding areas, Ministry of Social Affairs on Saturday (10/04) has assigned an emergency response team.

Minister of Social Affairs Tri Rismaharini herself on Sunday (11/04) inspected the earthquake-impacted location in Malang and met with the residents.

“I hope you can endure it and I hope the situation will soon improve,” she said.

Risma also visited affected residents in Lumajang regency to ensure that their basic needs are fulfilled.

Based on data from the Meteorology, Climatology, and Geophysics Agency (BMKG), the magnitude 6.1 tectonic earthquake occurred on Saturday (10/04) at 14:00:16 Western Indonesia Time in the Indian Ocean south from Java Island with the epicenter at coordinate 8.83°S and 112.5°E, particularly 96 kilometers south from Kepanjen city, Malang regency in East Java province at 86 kilometers deep.

“The earthquake that occurred was an intermediate earthquake caused by subduction activities. The results of source mechanism analysis showed that it was a thrust fault earthquake,” Head of the BMKG Dwikorita Karnawati said, Saturday (10/04).

Dwikorita pointed out that the earthquake was also felt in a number of areas in the province, including Blitar, Kediri, Trenggalek, Jombang, Nganjuk, Banjarnegara, Ponorogo, Madiun, Ngawi, Mojokerto, as well as in the Central Java town of Klaten, in Yogyakarta province, and even in West Nusa Tenggara and Bali provinces.

Dwikorita also urged the people to remain calm and unaffected by hoaxes and to avoid buildings that have significant cracks or damages caused by the quake.

The official website of Ministry of Social Affairs can be accessed through this link.