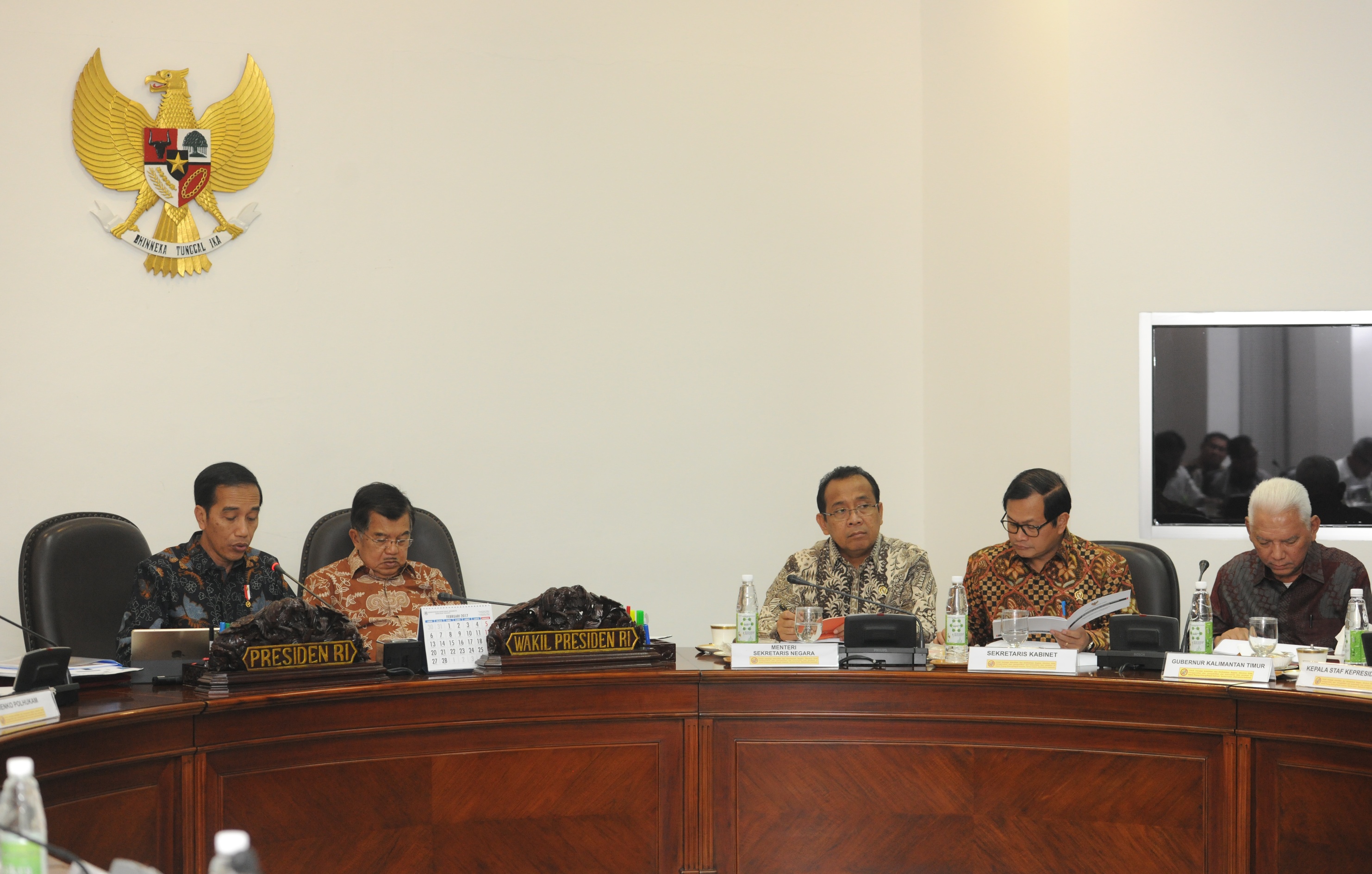 President Joko Jokowi Widodo said that with the improvement in prices of mineral and coal commodities in the global market, East Kalimantans economy will thrive again. Nevertheless, the President wants to make use of this circumstance as a momentum to take measures to develop alternative leading sectors outside the mining sectors, ranging from agriculture, plantation, fishery to processing industry. “The development of alternative sectors is of particular importance. It is our hope to provide added value and absorb many labors in East Kalimantan,” the President said in his introductory remarks at a Limited Meeting on Evaluation of the National Strategic Projects and Priority Programs in East Kalimantan Province, at the Presidential Office, Jakarta, Thursday (9/3) afternoon.

President Jokowi hopes that economic growth in East Kalimantan improve following the operation of the CPO new plant, construction of oil refinery in Bontang, as well as upgrading the existing refineries by Indonesias state-owned energy company Pertamina in East Kalimantan.

In addition, according to the President, non-mining business sectors tend to grow positively but have not been able to lift economic growth in East Kalimantan as a whole.

Therefore, in order that East Kalimantan’s economy grows in a positive direction and more quickly, President Jokowi requested that the supporting infrastructures be improved, be it transportation infrastructures such as Balikpapan-Samarinda toll road, Trans Kalimantan highway, construction of railway lines, airports, seaports, and shipbuilding yard. “Supporting infrastructures for the development of processing zones in East Kalimantan, such as the Maloy Special Economic Zone (SEZ), which will be developed into palm oil processing industry,” the President explained.

The President also reminded the need to complete the construction of reservoirs and dams, which is helpful in addition to the business development of agriculture sectors, it could also be developed for the supply of raw water as an alternative energy source.