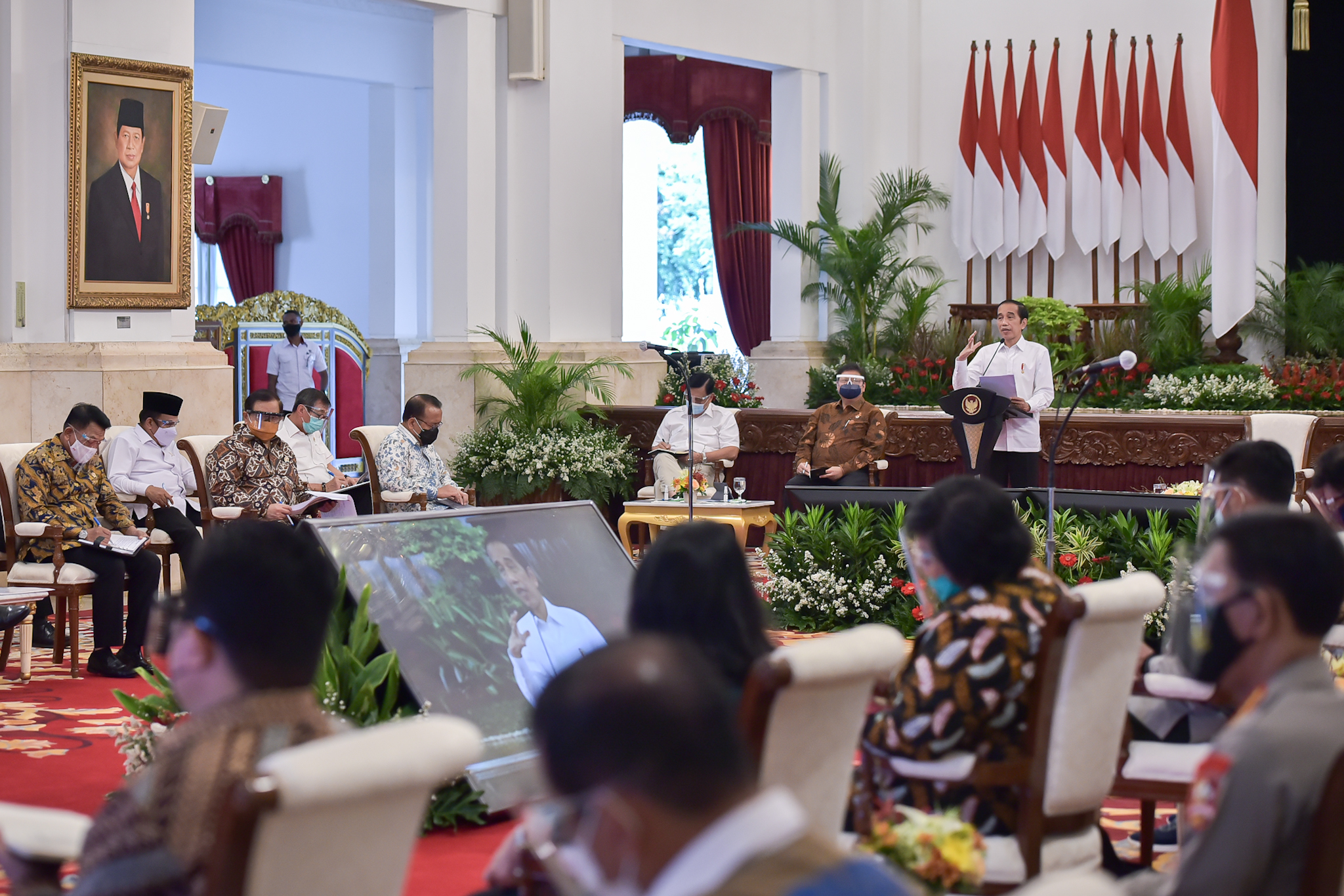 President Jokowi in his remarks at the Plenary Cabinet Meeting, at the State Palace, Jakarta, Monday (2/11). (Photo by: Agung/PR).

In the third quarter, Indonesian economic growth was recorded at the range of minus 3 percent, after seeing a negative growth of 5.32 percent in the previous quarter. The country’s economic growth rate is also better compared to other countries.

The statements were made by President Joko “Jokowi” Widodo in his remark at the Plenary Cabinet Meeting at the State Palace, Jakarta, Monday (2/11).

“The trend is improving. The Central Statistics Agency (BPS) will make announcement regarding this in the next few days,” the President said.

According to President Jokowi, the economic growth improvement in the fourth quarter is essential. “I expect the realization of our spending must be at its maximum so the growth will be positive,” he added.

The President has also ordered the Government to make efforts to increase people’s purchasing power since household consumption expenditure figures in the third quarter were still in minus 4.

Furthermore, President Jokowi urged ministries/agencies to continue to maintain spending realization in the first quarter of 2021.

“The work must start now. If you have received the Budget Implementation List (DIPA), it means you can conduct an auction,” the President said, adding that the realization of social assistance and capital expenditures—especially infrastructure—can be carried out immediately. (FID/UN)