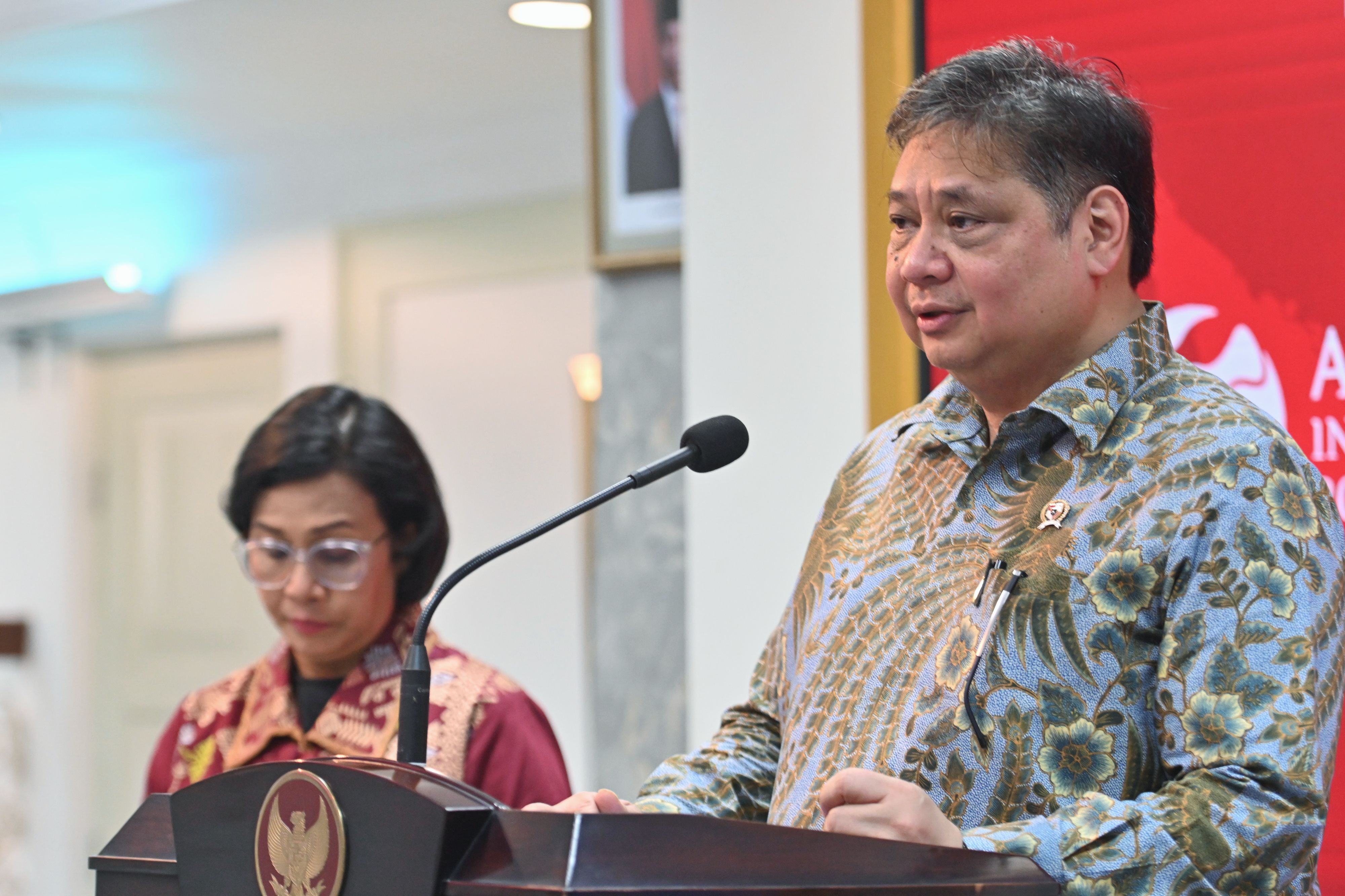 The 2022 State Budget realization has shown good performance, marked by a smaller deficit than the figure stated in Law Number 2 of 2020 on the Establishment of Government Regulation in Lieu of Law Number 1 of 2020 on State Financial Policy and Financial System Stability for the Management of Coronavirus Disease 2019 (COVID-19) and/or Mitigation of Threats to National Economy and/or Financial System Stability as Law.

“The State Budget deficit in 2022 was 2.38 percent, [smaller than] the target of 4.5 percent. It demonstrates that fiscal consolidation was achieved faster than planned in Law Number 2 of 2020,” Coordinating Minister for Economic Affairs Airlangga Hartarto said in his press statement at the Presidential Office following a plenary cabinet meeting led by President Joko “Jokowi” Widodo on Monday (01/16).

“The COVID-19 Handling and National Economic Recovery program has been used optimally and brought real impacts on the people’s purchasing power,” he said.

According to Airlangga, President Jokowi at the meeting urged his cabinet to spend the Central Government and regional governments’ expenditure budget on local products to mitigate the risks of unemployment in a short term.

“Regarding employment, the Central Government and regional governments’ expenditure will be optimized for labor-intensive programs both in cities and villages; the expansion of government-to-government cooperation related to migrant worker programs; financial inclusion, including financing from state-owned financing company PNM and People’s Business Credit (KUR); and upskilling and reskilling programs, such as Preemployment Card,” he said.

Meanwhile, in the long run, Airlangga stated that the President urged his administration to continue to structurally improve industries from upstream to downstream, including their supply chains, human resources, research and development, and market access.

“Especially to accelerate the Comprehensive Economic Partnership Agreement (CEPA), including the European CEPA and several partnerships with non-traditional markets,” he added.

As for foreign exchange reserve, Airlangga revealed that the Government is set to amend Government Regulation Number 1 of 2019 on Export Proceeds from Natural Resources Exploitation, Management and/or Processing Activities, adding that relevant technical ministries will complete the process. (TGH/UN) (DH/MMB)