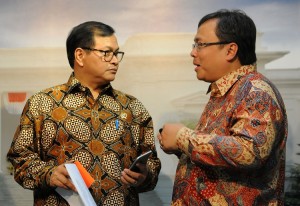 After all requirements are completed, the Investment Coordinating Board (BKPM) and Directorate General of Taxation of the Ministry of Finance will finish the process for a period not exceeding 25 days. Twenty five days after requirements are completed and the application is submitted, the decision whether the investment could receive tax allowance or not is available, the Minister said to reporters on Tuesday (29/9) at the Presidential Office, Jakarta.

Regarding tax holiday, considering it needs more verification, the time to validate the data, according to the Minister, will not exceed45 days after the requirements are completed. The Minister further said that his ministry would coordinate with the Head of BKPM to adjust the Head of BKPM regulation regarding the deadline.

The point is, the Government Regulation gives an incentive, which is VAT is not levied for several means of transportation, especially for ships, trains and planes, including the spare parts, Minister Bambang said and added that the incentive has been waited by the owner of docks since several years ago.

It was mentioned in the first policy package but we will emphasize that the regulation is issued, that means the industry could take advantage optimally, Minister Bambang said.

Related to logistics centre, the Minister explained that Government Regulation on Bonded Logistics Centre is ready, and will be signed or enacted by the President.

Later on, he explained that the point is that the government hopes to provide more efficient industry facilities. For example, with national logistics centre, a logistics center for input goods from manufacture, it makes Indonesia manufacture companies do not have to import goods from overseas and could take the goods from bonded warehouse called bonded logistic center nowadays.

Finally, the Government also gives incentive on deposit interest reduction, particularly for the exporters who reported their foreign exchange earnings from exports to Bank Indonesia.

Thus, if someone who conduct export reports the foreign exchange earnings from exports (DHE) values and they want to save the DHE in a form of deposit, for example deposit in USD, deposit interest rate which apply normally is 20 percent. However, if the DHE value in USD will save in Indonesia banking in a form of deposit for one month, the deposit interest rate will be reduced to 10 percent, the Minister said.

That case apply if the DHE value is saved in USD and in Indonesia banking. If the value is converted to Rupiah, the deposit interest rate for 1 month is 7.5 percent, 5 percent in three months; 0 percent in six months, the Minister said.

Bambang asserted that the decision of value have became the results of government coordination with Bank Indonesia.

We surely expect the exporters, particularly on Indonesian natural resources, want to save the DHE in Indonesia banking which has supported by interesting facilities, Bambang said, adding there is a reporting mechanism because deposit interest rate reducing only apply on the saving related to foreign exchange earnings from exports which is its details are always reported by the exporters to Bank Indonesia. (UN/RAH/ES)(RAS/EP/YM–Naster/Sy)