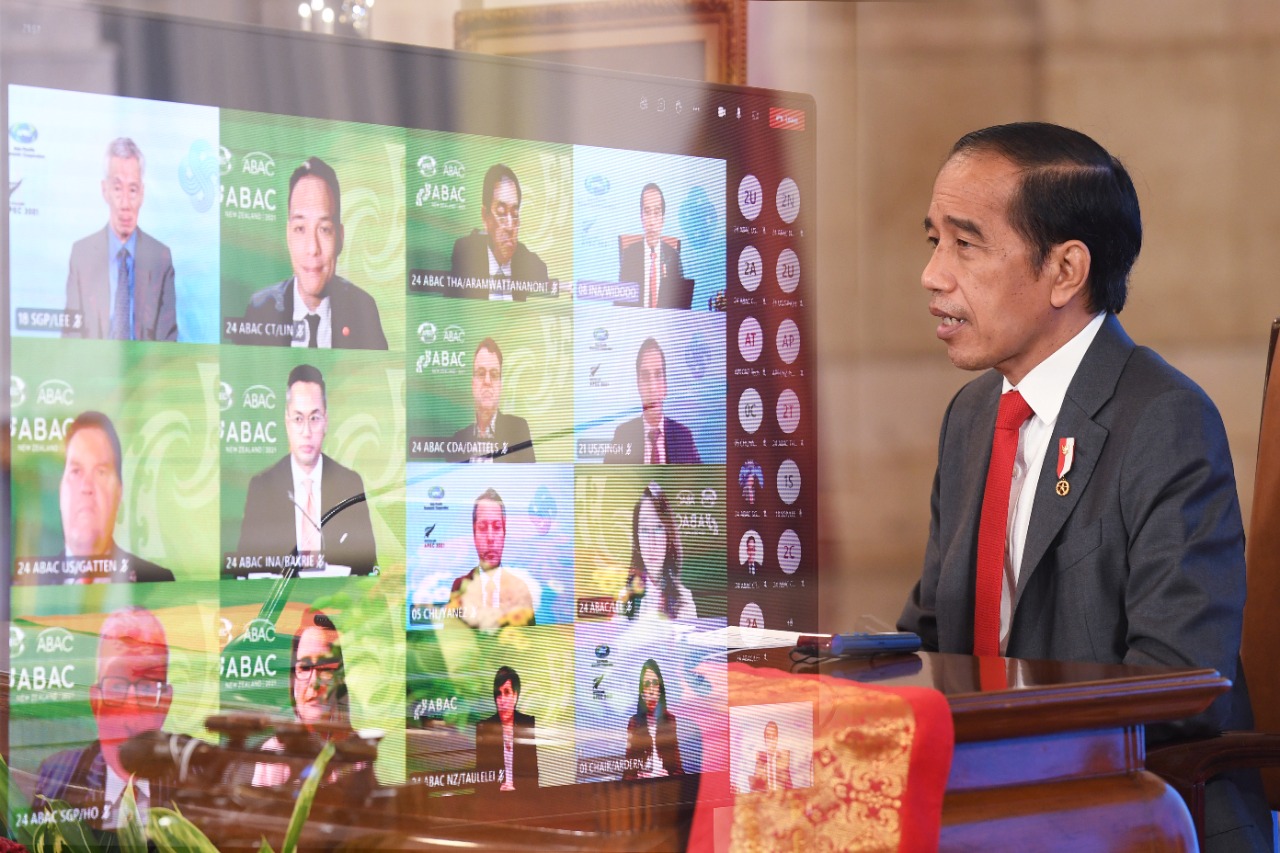 The President made the statement in his remarks at APEC-ABAC Dialogue with Economic Leaders, Thursday (11/11).

According to the President, the empowerment of micro, small and medium enterprises (MSMEs) is important to accelerate recovery of an inclusive economy, provide safety net for low-income people and create jobs for a large number of people.

“In 2019, MSMEs contributed to 52 percent of Asia Pacific’s GDP and managed to provide jobs for 50 percent of the total workforce. In Indonesia, 64 percent of MSMEs businesses are owned by women. Thus, empowering MSMEs in Indonesia will also empower women,” the President stated.

Increasing financial inclusion, the President added, is also a top priority and the Government this year provides soft loans and assistance of more than US$4 billion to 17.8 million MSMEs and individual small businesses affected by the pandemic.

He also said that Indonesia also continues to make the best effort to support digital transformation of MSMEs during the pandemic. A total of 8.4 million MSMEs in Indonesia have entered digital ecosystem, including 54 percent of women-owned MSMEs, he added.

“The digitization of MSMEs in the Asia Pacific region will be accelerated, supported by development of digital infrastructure, expansion of inclusive digital connectivity, and increased digital literacy of MSMEs players,” the President added.

On that occasion, President Jokowi also underscored the importance of addressing the impacts of climate change within the framework of sustainable development.

According to him, the handling of the impacts of climate change must be carried out in a balanced manner by taking into account social and economic development of communities to meet sustainable development targets.

“Conservation of forests and marine resources, as well as transformation towards new and renewable energy must improve the welfare of disadvantaged communities. The transition to a low-carbon economy must be carried out in a fair and collaborative manner,” the President said, adding that funding support and transfer of environmentally friendly technologies are needed to support various climate change mitigation measures in developing countries.

“To that end, we would like to invite investors and business entities from the APEC region to improve collaboration and make the best of the great opportunities available in Indonesia,” the President remarked. (BPMI of Presidential Secretariat/AIT) (RI/EP)