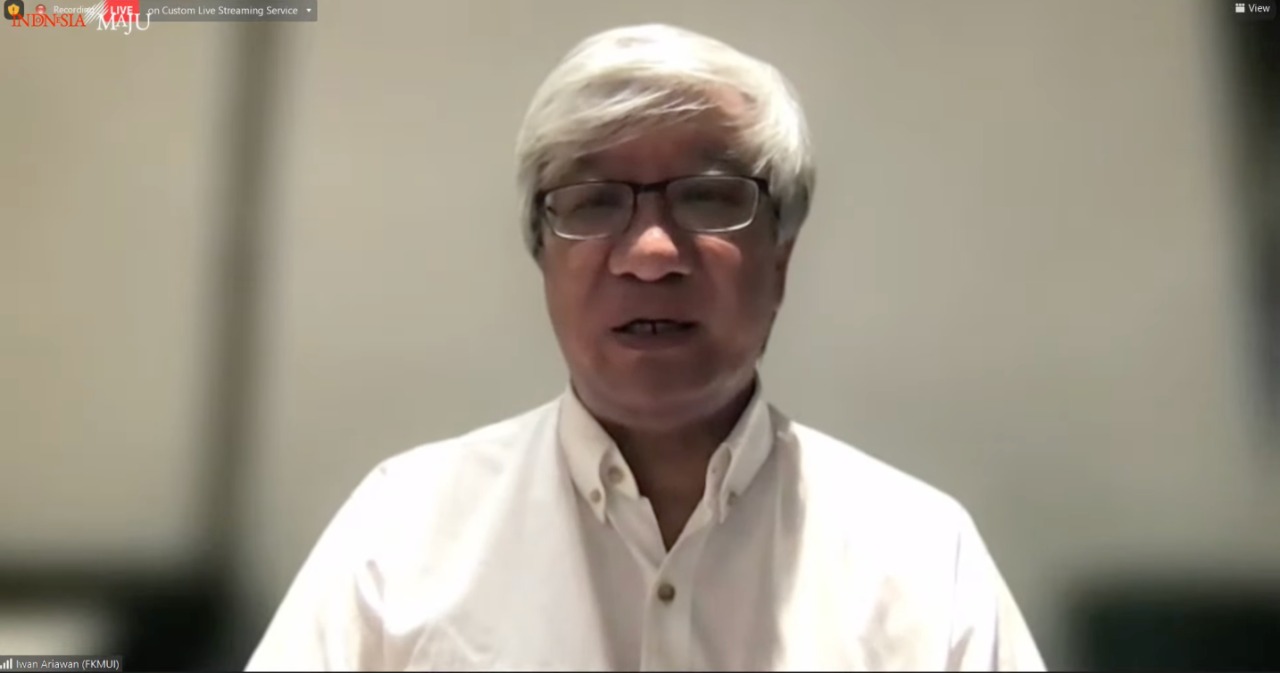 Epidemiologist from the University of Indonesia’s School of Public Health (FKM UI) Iwan Ariawan during a virtual Press Statement on the Government’s Response to the Omicron Variant, Sunday (28/11).

An epidemiologist from the University of Indonesia’s School of Public Health (FKM UI) Iwan Ariawan stated that epidemiologists support measures taken by the Government to anticipate the spread of the B.1.1.5.2.9 or Omicron variant in Indonesia.

According to him, the Government’s measures were taken based on the input from epidemiologists across various universities.

“We agree [on the measures taken] since it has been discussed with us. We have discussed with the Government the best actions to be taken,” he said in a virtual press statement, Sunday (28/11).

“We take actions so that the new variant will not enter the country and spread,” he said, adding that vigilance remains essential in dealing with the new variant.

Iwan went on to say that any information about the new variant is still developing and will be evaluated in the next two weeks.

“In the next two weeks, we will see the development of the new variant in the country. Then, we will further discuss preventive measures for Indonesia,” he stated.

Countries that are included in the list of prohibition of entry, Iwan continued, need to adjust to community transmission in each country.

“We need to pay attention to those countries where community transmission of the Omicron variant has occurred. However, we need to observe and immediately change the list of countries according to the development of the Omicron spread,” he said.

In the meantime, Minister of Health Budi Gunadi Sadikin said that Indonesia has a network of laboratories to quickly detect any concerning new variants of COVID-19.

“Why is this variant classified as a Variant of Concern that fast? Because it has so many mutations and more dangerous than the previous variants. There are about 50 mutations,” he explained.

“We formulate a data-based policy. The data from those that have confirmed cases and those that are suspected of having confirmed cases. We also take into account risk factor of countries with high frequency of flights to Indonesia,” he said.

At the end of his remarks, the Minister reiterated that the Government will tighten all entry routes to the country, be it from land, sea, and air.

“We will ensure that all quarantine offices of air, sea and land ports work hard on this. The policy is that all international arrivals will undergo a mandatory PCR test. If the result is positive, travellers must be tested through genome sequencing to detect the new variant,” he remarked. (TGH/FID/UN) (RIF/MMB)