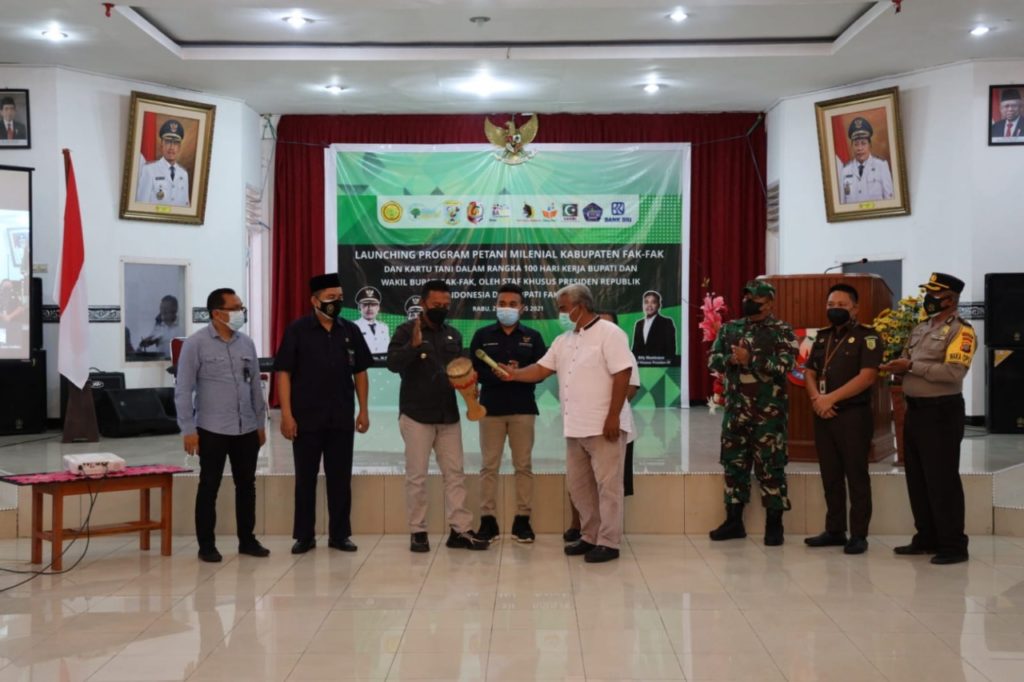 The event was held in cooperation with Ministry of Agriculture, regional governments of West Papua province and Fakfak regency, and Papua Muda Inspiratif, a company which aims at improving welfare of Papuans.

“Millennial Farmers Program is a proof of President Jokowi’s concern in human resources development in Papua and West Papua provinces,” Billy said in his remarks.

The program was also launched to implement Presidential Instruction Number 9 of 2020 on Acceleration of Welfare Development in Papua and West Papua provinces and is projected to generate 20,000 millennial farmers in the provinces.

According to Billy, President Joko “Jokowi” Widodo has urged ministries / institutions, regional governments, and stakeholders to build a synergy and make swift actions to accelerate development in the two provinces.

In the meantime, Regent of Fakfak Untung Tamsil expressed his appreciation to Papua Muda Inspiratif and the Presidential Special Staffer for encouraging the development of agricultural sector in Fakfak regency through Millennial Farmers Program. He also expressed hope that the program can reach all regions in Papua and West Papua provinces.

Head of the Dissemination and Human Resources Development Agency of Ministry of Agriculture, Dedi Nursyamsi, who also attended the event through video conference underscored that the Ministry is focusing on Five Measures to improve national agricultural sector.

“We include smart farming in the fourth Five Measures in which the use of modern agricultural equipment and internet of things play an important role to improve farmers’ earnings,” Dedi said.

In order to generate 2.5 million millennial farmers in Indonesia, he said, the Ministry is also collaborating with a number of government institutions including Ministry of Education, Culture, Research and Technology to include the program in university’s courses.

For the record, since the first launch in Manokwari Regency in May, the Millennial Farmers Program have generated 1,000 new millennial farmers.

The program, which was also launched in Babo district, Teluk Bintuni regency, West Papua province, promotes the use of internet and technology development, not only in on-farm but also off-farm activities. (PRESIDENTIAL SPECIAL STAFFER TEAM/UN) (RAS/EP)