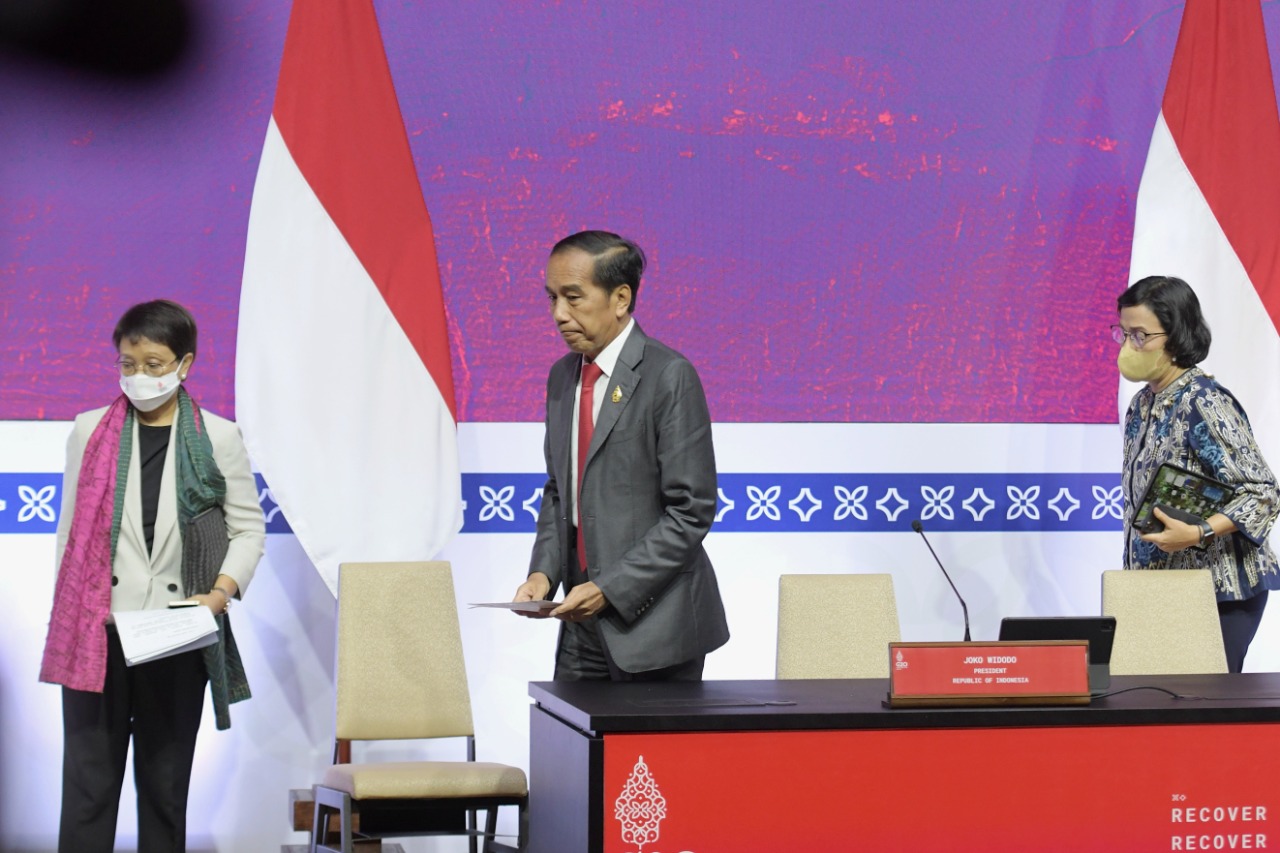 Finance Minister Sri Mulyani Indrawati and Foreign Minister Retno Marsudi have played vital roles in the organization of the Indonesian Presidency’s G20 events for the past year with the former in charge of the finance track and the latter in charge of the sherpa track.

The two ministers shared a hug after President Joko “Jokowi” Widodo officially handed over the G20 Presidency to India, which concluded the Indonesian G20 Presidency.

Sri Mulyani and Retno along with other stakeholders have worked tirelessly to make the G20 events successful amid the increasingly tense global geopolitical situation.

“Thank God, we have just concluded the G20 Summit held two days in a row. It was closed by the President, producing a declaration of G20 leaders. This is an extraordinary achievement because having a declaration means that all G20 leaders have made an agreement,” Sri Mulyani said in a post on her personal Instagram account @smindrawati, Wednesday (11/16).

Retno echoed a similar sentiment on the organization of G20 meetings under the Indonesian Presidency.

Retno also stated that as a co-worker and a close friend, she and Sri Mulyani often had discussions on the preparation for and progress of the G20 Presidency.

“[We discussed] how much [progress] has been made, what must be strengthened, and so on. However, since we have been friends for a long time, it was easier to communicate,” she remarked. (FID/MAY/RAH/RF/UN) (DH/MMB)