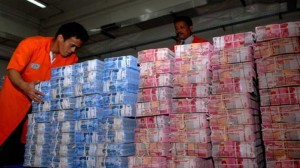 Recent dynamics in national politics, as seen in a number of phenomena like the vote on the code of conduct for the House of Representatives (DPR), the Law concerning Regional-Head Election, the election of the Leaders of the House of Representatives (DPR), and more specifically, the escalation between two political coalitions namely Great Indonesia Coalition and Red-and-White Coalition, have made many people concerned that such dynamics will create political uncertainty and will increase the risks of doing-business in Indonesia in the near future.

However, Prof. Firmanzah, Ph.D., an expert in economics, warned everyone to pay close attention, considering that Indonesias experiences in managing political dynamics, both in the parliaments (National DPR and Regional DPR) and in the grass roots (as seen in the regional-head elections or Pilkada), often turn out very good.

Giving the example, Firmanzah pointed out the political dynamics in the House of Representatives (DPR) related to Century Banks polemical bail-out which formed two opposing groups namely those who agree and those who dont agree. Apart from any economic analyses, this polemic made the dynamics in DPR at that time very lively and complex.

Firmanzah, Presidential Special Staffer for Economic Affairs and Development, considered that the political dynamics between Great Indonesia Coalition and Red-and-White Coalition are still in normal level. He considered that conflict escalation between the two coalitions is still within the constitutional limits. Furthermore, Indonesias experiences in managing conflicts in the democratic era, both conflicts in the parliaments and conflicts in the grass roots, serve as the clear proof of the maturity of Indonesias democracy. Therefore, investors should not be worried and pessimistic about the certainty of political climate in Indonesia.

Prof. Firmanzah saw that global pressures and sentiment toward the US Central Banks (the Feds) plans to terminate the monetary stimulus and to adjust the reference interest rate have come to global investors attention.

According to Firmanzah, many countries in Asia, including Indonesia, experience the weakening of their currency exchange rates. He predicted that global investors are now consolidating their portfolios by recalculating the risks and the yields from their plans to place their funds in many countries.

Firmanzah warned that the termination of the monetary stimulus will directly affect global liquidity. This demands special attention from the policy-makers in many countries.

Monetary policies, fiscal policies, and policies on real sectors must be formulated soon, as the anticipatory steps to mitigate the effects of the plans to terminate the monetary stimulus and to adjust the reference interest rate in the USA, Firmanzah stated and then mentioned that with such steps, the risks of capital outflow from Indonesia can be managed well, so that they wont jeopardize Indonesias national economic fundamentals. (ES)