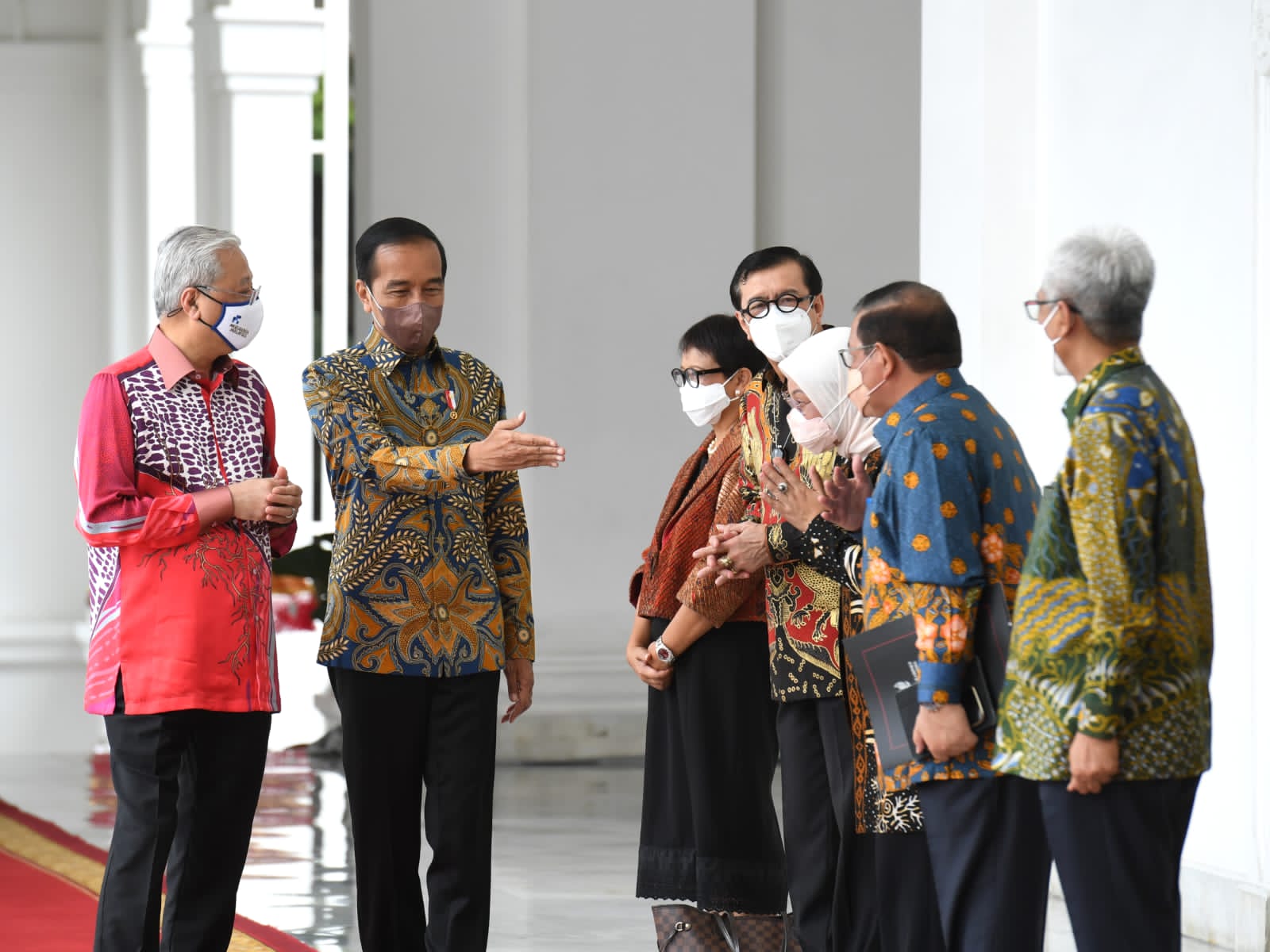 President Joko “Jokowi” Widodo and the Malaysian Prime Minister Dato’ Sri Ismail Sabri Yaakob have witnessed the signing of MoU on the Placement and Protection of Indonesian Migrant Workers in the Domestic Sector in Malaysia.

The signing was carried out during a courtesy call from the Malaysian PM, Friday (04/01), at the Merdeka Palace, Jakarta.

Minister of Foreign Affairs Retno L.P. Marsudi stated that the MoU—which had been negotiated in the last six years—is very important as a measure to protect Indonesian domestic workers in Malaysia starting from the departure, placement, until repatriation.

“We also hope that the bad cases that befell Indonesian domestic workers in Malaysia can be drastically reduced,” Retno said after accompanying the President in the meeting.

In addition, the Government is also seeking to establish an MoU between the two countries for workers in other sectors, such as construction, services, plantation, and so on. “This is in the interests of both countries. From the Malaysian perspective, Indonesian workers have contributed greatly to the Malaysian economy,” she remarked.

Previously, President Jokowi in a joint press statement with the Malaysian PM underscored that the Indonesian migrant workers must be given maximum protection since they have made a significant contribution to both countries.

“Indonesian migrant workers have contributed a lot to economic development in Malaysia. They are entitled to rights and protection from the two countries,” President Jokowi said.

Echoing a similar sentiment, PM Ismail Sabri emphasized that the newly-signed MoU would guarantee all recruitment and protection processes for Indonesian migrant workers in Malaysia.

“The MoU will ensure that all recruitment processes and protection mechanisms of PDI (Indonesian domestic service) will be carried out comprehensively by relevant parties by following the policies and legislation in both countries,” PM Ismail Sabri said. (TGH/MAY/UN) (GWH/MMB)