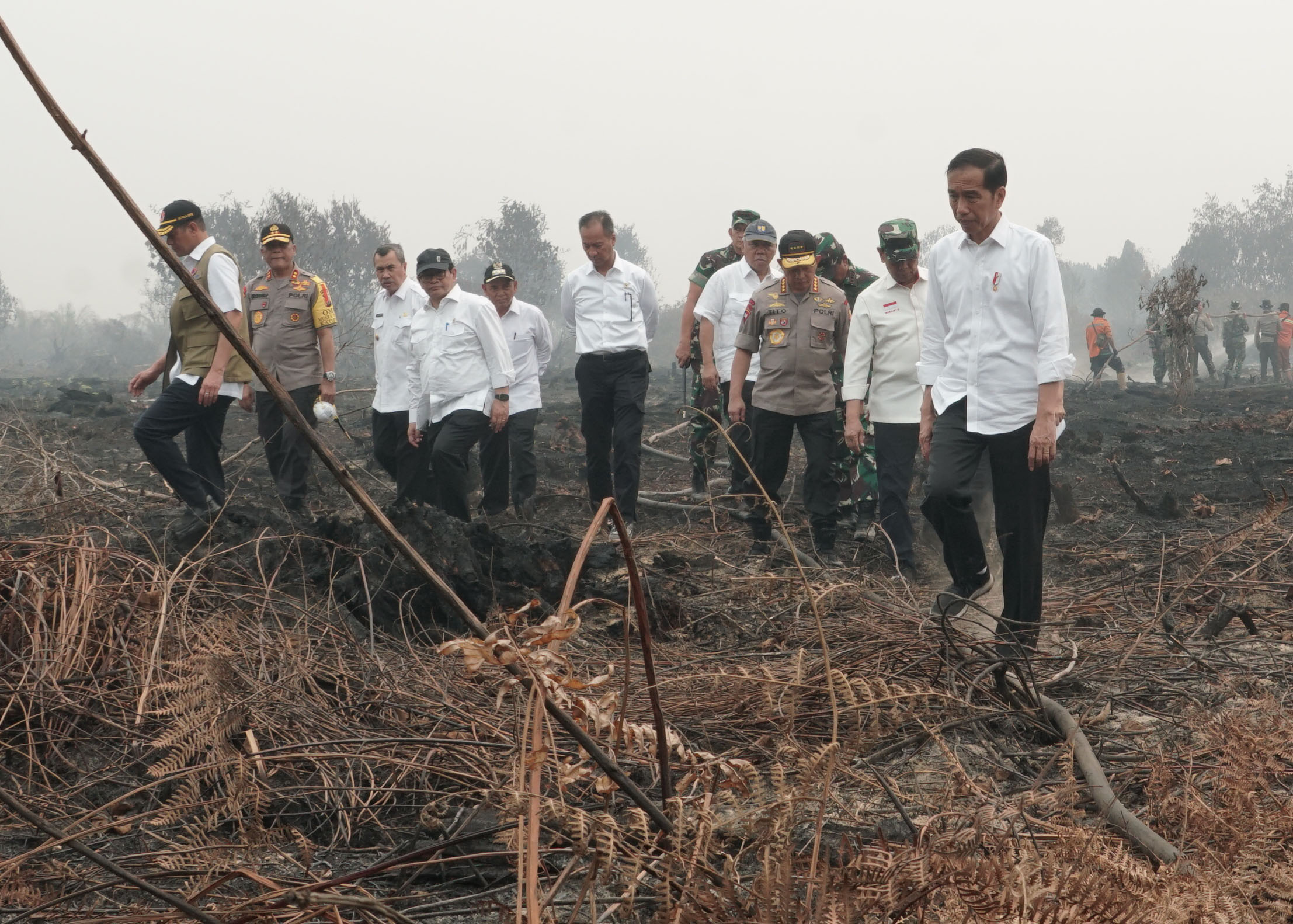 After performing Istisqa prayer (the prayer that is conducted for seeking rain from Allah during times of drought), President Joko “Jokowi” Widodo, accompanied by a number of Cabinet Ministers, Commander of the Indonesian National Defense Forces (TNI), Chief of the Indonesian National Police (Polri), Head of the National Agency for Disaster Management (BNPB), and Governor of Riau, inspected the location of forest and land fires in Merbau Village, Bunut Subdistrict, Pelalawan Regency, Riau Province, on Tuesday (17/9).

After 1-hour helicopter flight from Pekanbaru, the President arrived in Merbau Village at around 10:15 Western Indonesian Time. President Jokowi was greeted by the locals and, for approximately 20 minutes, he took picture and shook hands with the people, before continuing his trip to the site of the forest and land fire which is about 6 km from the helipad.

After inspecting the location, President Jokowi said that preventing forest fire would be more effective and inexpensive. If the forest fire occurs, he added, great effort is needed to stop the fire.

“The TNI/Polri personnel that I met told me the forest fire has occurred more than one month. Resolving forest fire is difficult, especially when it happens in peat land area like this. It seems that the fire has been put out, but the flame is actually still there,” the President explained.

The President added that legal actions for perpetrators of forest and land fire have been carried out by the National Police and the Ministry of the Environment and Forestry.

“We will see whether (the forest fire) is something organized or is set by people who want to prepare their land for plantation. If we look at the area of the fire, it seems that (the fire) is organized. You may ask the Police Chief for the detailed explanation,” President Jokowi said.