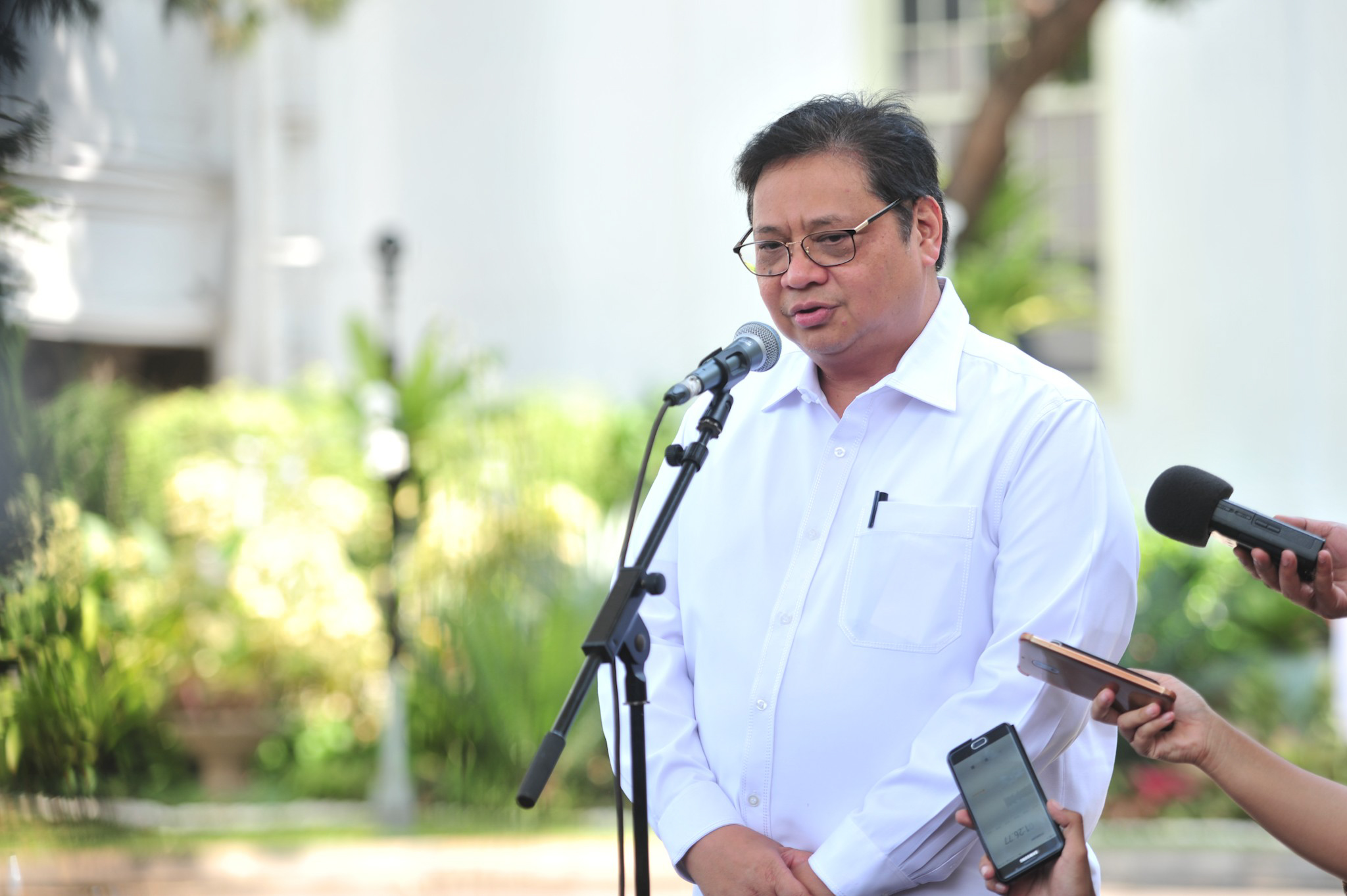 Chairman of Golkar Party Airlangga Hartarto on Monday (21/10) was invited by President Joko “Jokowi” Widodo to the Presidential Palace, Jakarta

According to Airlangga, President Jokowi invited him to discuss the country’s economic conditions related to the trade of balance deficit and the development of economic zones.

“The President asked me to find ways to resolve the country’s trade of balance deficit and to reduce non-oil and gas imports,” Airlangga said to the reporters after meeting with President Jokowi.

Airlangga further explained about import-substitute products to reduce non-oil and gas imports. The Government should increase efficiency in oil and gas production and implement biofuels policy, as well as develop areas that can support exports, he said

“The Government would like to follow the success factors of Morowali industrial area in Central Sulawesi. The investment in that area has increased Morowali’s foreign exchange exports. This type of investment will be replicated in other areas,” Airlangga said.

Asked regarding his appointment as Coordinating Minister for Economic Affairs, Airlangga refused to answer.

“InsyaAllah, it will be announced on Wednesday (23/10),” Airlangga said, adding that he is ready to support President Jokowi-VP Ma’ruf Amin. (HIM / JAY / ES)