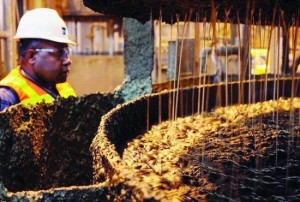 Government of Indonesia and PT Freeport Indonesia agreed to the construction of processing and refining plant (smelter) in Papua, which is located in the industrial area of Timika.

Minister of Energy and Mineral Resources Sudirman Said during a visit to Timika, Sunday (15/2), said that the agreement of purification plant construction in Papua is an integral part of national smelter development programs.

“We build national capacity and will soon set up a national study team,” said Sudirman when reading the results of the deal to reporters.

The agreement was reached after the Minister of Energy and Mineral Resources Sudirman Said, Minister of Public Works and Public Housing Basuki Hadi Muljono with the entourage conduct direct observation to Papua during the two days from Saturday (14/2) to Sunday (15/2).

In the review, the Minister of Energy and Mineral Resources Sudirman Said held a meeting with a number of stakeholders such as the House of Representatives; Governor of Papua Lukas Enembe; Papua People’s Assembly (MRP); DPRD of Papua; Mimika Regent Eltinus Omaleng, as well as a number of other regents and President of Freeport Indonesia, Maroef Sjamsuddin.

Sudirman said that the smelter in Papua is part of the development of industrial zones being prepared by Papua Province and Mimika Regency.

“So not only the smelter, but building the region downstream industries and other supporting industries. Until now the Papua provincial government is preparing for packing cement industry (bulk cement) that will be located in the Port area of Paumako, Timika,” said Sudirman Said.

The provisions regarding the obligation to build a smelter for mineral and coal mining company was contained in Act No. 4 of 2009 on Mineral and Coal Mining (Minerba).

In the future, according to Sudirman Said, the industry will be developed into a cement factory considering that the commodities needed in Papua to support the development of infrastructure and others.  (*/WID/ES)