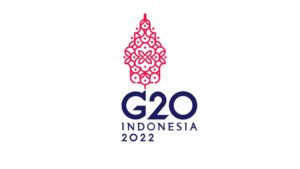 G20 is a forum that was initiated during the financial crisis in 2008-2009. Various initiatives from the G20 have a very strategic role in discussing various global issues related to economic growth and economic and financial stability.

“The G20 was established in 2008-2009 at the level of state leadership which was fully supported by the finance track. The finance track consists of Ministers of Finance and the Governor of the Central Banks which aimed to stabilize and reform the global financial sector to recover the economy,” explained Minister of Finance Sri Mulyani Indrawati in a joint press statement regarding the Readiness of Indonesia’s G20 Presidency in 2022, Tuesday (14/9).

In 2020, the world was facing a crisis due to COVID-19 pandemic. Although the problem is a health issue, the impact is very broad in the economic and financial sectors. The G20 also initiated the G20 Action Plan.

Sri explained that in this G20 action plan there are initiatives regarding the acceleration of vaccine procurement, as well as providing supports for many countries experiencing financial difficulties in the global crisis situation due to the pandemic.

“The G20 has also carried out discussions and reforms in global financial architecture, especially in strengthening international financial safety nets and efforts to create debt sustainability and transparency governance in all countries, especially poor countries that get funds from various parties,” she said.

The next G20 forum initiative is a discussion on the issue of trade wars in international trade. She explained that in the G20 forum various steps were taken to support the restoration of international trade, including reforming the WTO as stated in the Riyadh Initiative during the Saudi Arabia’s G20 Presidency.

“Then, the G20 forum also discussed infrastructure development, especially from the financial aspect. During the Australia’s Presidency, the G20 formed a Global Infrastructure Hub,” she explained.

“In terms of global taxation, the G20 has made a lot of progress. This was mainly to discuss how countries competing with each other  used some practices which were detrimental to the tax base in the respective countries. Then an initiative was made so that all countries can carry out a coordination that protects the tax base of an economy or a country,” she said.

Moreover regarding international taxation, the G20 forum also succeeded in producing the Automatic Exchange of Information for tax purposes. In addition, there is a discussion of digital sector taxes whose transactions are cross-border, cross-country or cross-economy.

“G20 also discussed global partnership, how countries in the world can work together to help poor countries. The Indonesian Presidency will encourage discussing these topics especially regarding poor countries and developing countries in Africa,” said Sri.

She went on to say that during the G20 meeting in Germany, a Compact with Africa was made which contained support for African countries so that they could pursue their development. Then there is also the G20 Energy Access Action Plan, which is a plan to be able to catch up in the field of energy access, especially in poor countries that still do not have an adequate electrification ratio.

“In order to see the pandemic as a challenge, G20 will initiate a Global Antimicrobial Resistance R&D Hub, a center for global antimicrobial resistance research,” Sri remarked. (TGH/PR of Ministry of Finance/UN) (EST/LW)