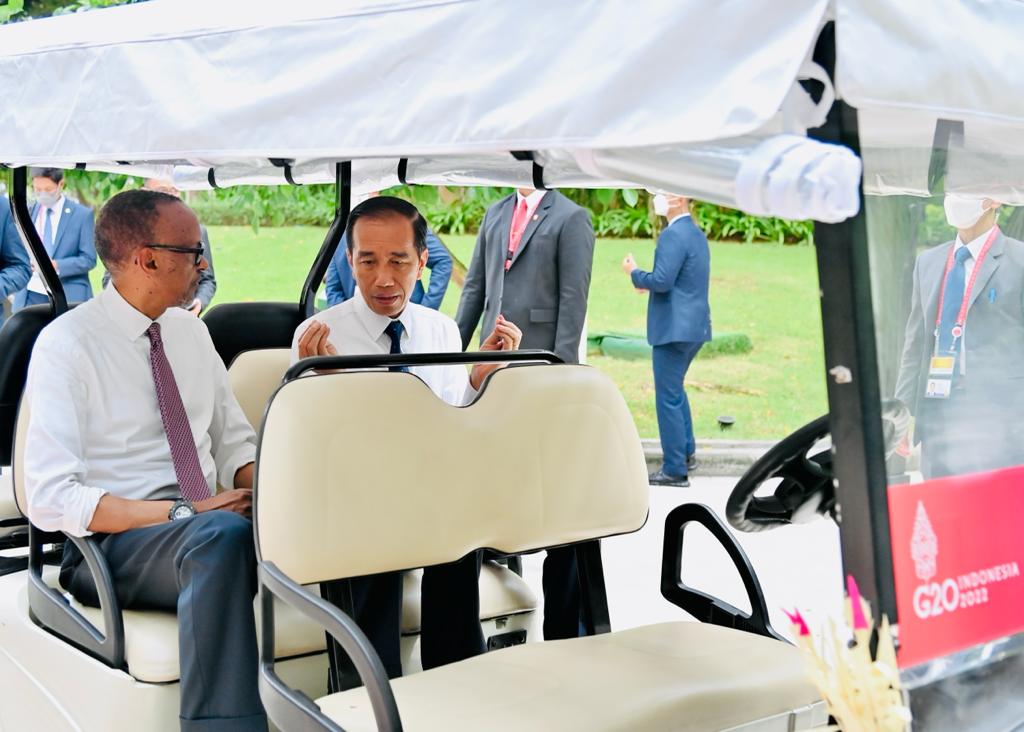 The meeting—which took place after the luncheon at Rumah Bambu, the Apurva Kempinski Bali—was held on a golf cart when the two leaders were about to return to the G20 Summit’s ballroom.

On that occasion, President Jokowi said he appreciated Rwanda’s support for Indonesia’s G20 Presidency, saying that Indonesia’s relations with African countries have been established since the 1955 Asian-African Conference.

“I hope partnership between Indonesia and Rwanda can be stronger in the future,” the President said.

The President also proposed the establishment of the Indonesia-Rwanda Preferential Trade Agreement (PTA) and cooperation in oil and gas mining exploration.

Meanwhile, the Rwandan President said he thanked President Jokowi’s invitation to attend the G20 Summit and conveyed the plan to open Rwanda Embassy in Indonesia next year. He also thanked Indonesia’s assistance in increasing capacity building for his country.