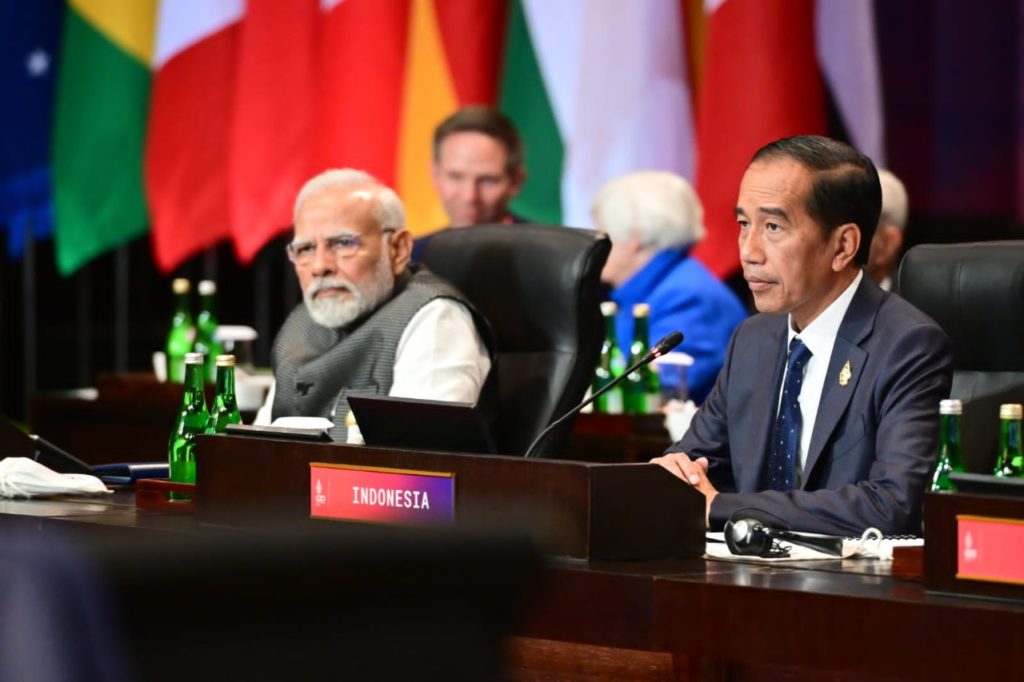 On the sidelines of the G20 Summit, President Joko “Jokowi” Widodo Tuesday (11/15) at the Apurva Kempinski Hotel, Badung regency, Bali province, launched the Partnership for Global Infrastructure and Investment (PGII) G20 along with President of the United States Joe Biden and President of the European Commission Ursula Von Der Leyen.

The President also addressed several issues that need to be considered by PGII in supporting infrastructure development in developing countries.

First, the support provided must be based on the real needs of the destination country and consultation and dialogue with recipient countries should be the main guidelines.

“Infrastructure development needs to empower local communities and local economies to have a high sense of ownership, coupled by support for developing countries to build independent capacities and capabilities. Thus, developing countries can be more resilient in facing global challenges in the future,” he said.

The President also cited the example of Indonesia currently pushing for equitable development by relocating the country’s capital city to the new capital of Nusantara (IKN).

The relocation of the capital, he added, is expected to open up investment opportunities worth US$20.8 billion in various infrastructure sectors.

Second, the PGII must be based on a collaboration paradigm.

“Involving more stakeholders, including the private sector, would bring tangible benefits. I believe an initiative like the PGII will be more beneficial if it involves as many countries in the world as possible,” he stated.

Third, the PGII must receive support for sustainable development, including through green development and energy transition.

In this regards, the President underscored that developing countries are most vulnerable to the challenges of sustainable development and climate change, adding that Indonesia’s G20 Presidency has encouraged real cooperation in the field of sustainable infrastructure and development funding.

The Head of State further said that Indonesia is striving to develop green industry, including the electric car industry ecosystem that has been used as official vehicles at the G20 Summit.

“Indonesia stands ready to support the PGII initiative. I entertain the hope that the PGII can reinforce the results that have been achieved in the summit” he remarked. (TGH/UN) (RIF/EP)