G20: Two Pillars of International Taxation to be Enforced in 2023 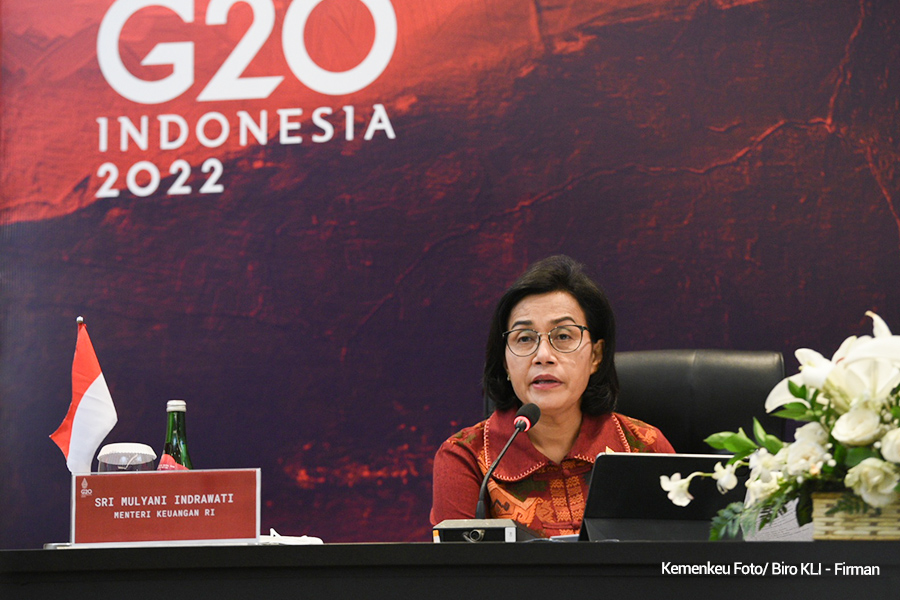 Minister of Finance Sri Mulyani delivers her press statement on the Indonesian G20 Presidency, Friday (02/18). (Photo by: Public Relations of Ministry of Finance)

G20 member countries have agreed to roll out two pillars of international tax principles namely taxation in the digital sector and global minimum taxation in 2023, Minister of Finance Sri Mulyani Indrawati has announced.

“The first and the second pillars have been agreed upon and will be enforced as an effective policy in 2023,” the Minister said in a press statement on the Indonesian G20 Presidency, Friday (02/18).

According to her, discussions on international taxation at the meeting of Ministers of Finance and Central Bank Governors of G20 countries have yielded many progresses.

She also stated that the first pillar related to taxation in the digital sector is one of the most challenging issues among G20 member countries and around the world.

“We have agreed on taxation mechanism, especially in the digital sector that operates internationally or globally,” she said, adding that the second pillar on global minimum taxation is aimed at companies operating between countries where it is possible to avoid or evade tax.

The Minister went on to say that all countries will join hands to prevent companies from practicing tax avoidance. To that end, enforcement of both pillars, she said, will also be closely monitored.

In enforcing the two pillars, the Minister underscored that many countries need technical assistance to implement them such as establishing relevant regulations and improving capacity of their tax authorities.

“Therefore, in the G20 we have also agreed that there will be support for capacity building for developing countries that need assistance in implementing the two pillars in accordance with the agreed timeline, which is said to be very ambitious, namely 2023,” she said, adding that the G20 member countries will also take various steps inlcuding holding symposiums at the ministerial level to discuss capacity building and the consistent implementation of the two pillars. (PR of Ministry of Finance/UN) (FI/EP)