General Purpose Grants to be Based on State Revenue: President Jokowi 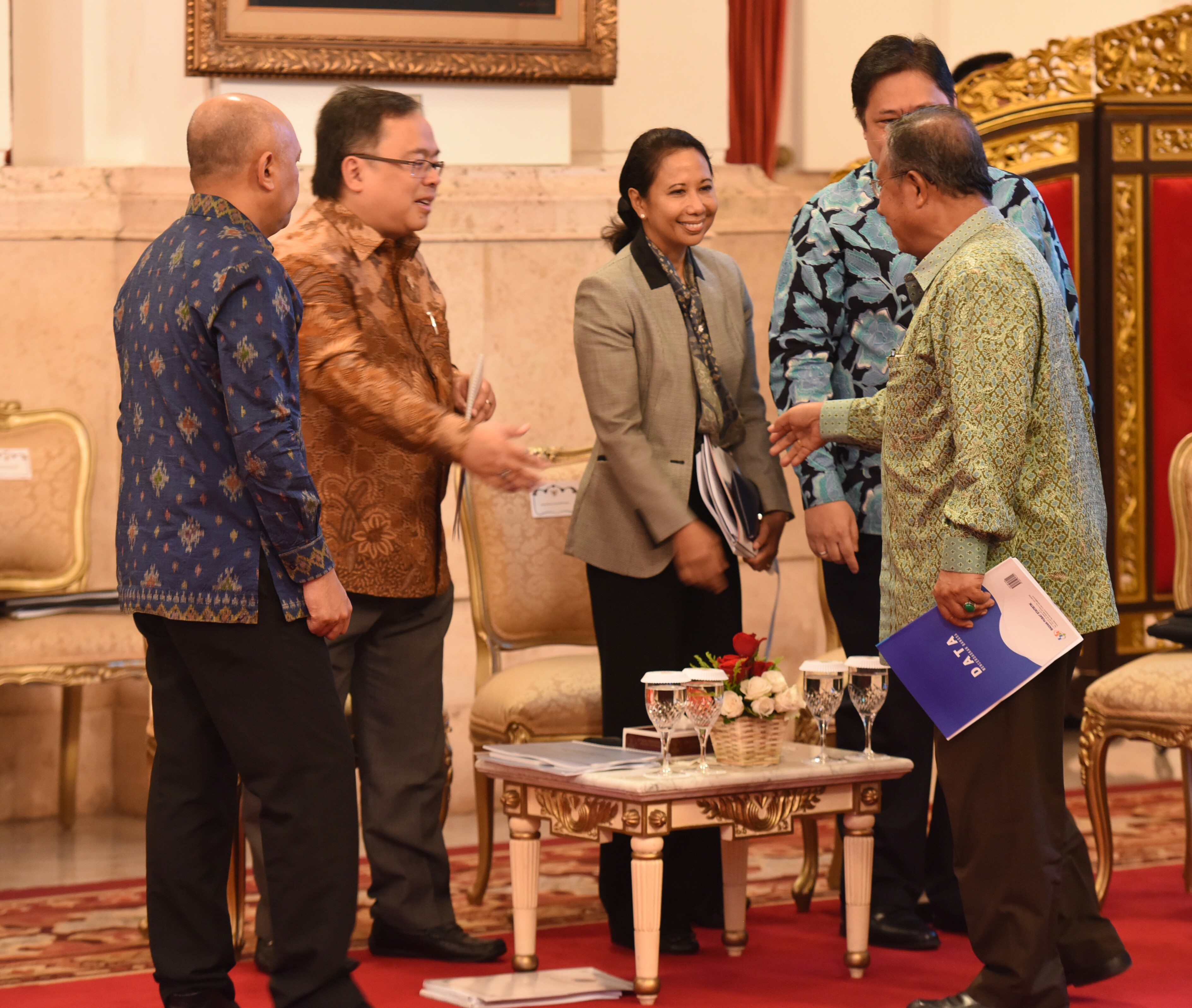 Several ministers have a talk before attending a Plenary Cabinet Meeting at the State Palace, Jakarta (4/4)

The allocation of General Purpose Grants (DAU) in the State Budget (APBN) will use a dynamic formula in calculating net domestic revenue. Therefore, regional governments must anticipate the changes in DAU.

The statement was made by President Joko Jokowi Widodo in his introductory remarks at a Plenary Cabinet Meeting on Indicative Ceiling of the Draft State Budget (R-APBN), at the State Palace, Jakarta, on Tuesday (4/4).

Thus, if the budget allocated to the regional governments is Rp1,000 billion, they may not get Rp1,000 billion this year. If Indonesias domestic income declined, the budget must follow. I work hard to collect revenue, and we often could not meet the target. Yet, the fund of DAU in the regions remains the same, President Jokowi said.

The President added that it will not be a problem if the grants remained the same, but the money must be kept in Regional Development Banks (BPD). President Jokowi also instructed all sides to play the same role in managing the budget.

If (the Government) allocates Rp1,000 billion and (the regional governments) simply use the budget, it wont be fair, the President added.

Regarding Special Allocated Fund (DAK), President Jokowi instructed all to use it to address the problem of gap in public services in the regions, as well as to synchronize programs between the regions and sources of funds.

In the meantime, the President requested the implementation of Village Budget in which the amount keeps increasing to be monitored, and use the budget mostly to increase productivity in order to reduce poverty, improve infrastructures, and open more job opportunities in the villages.

Do not delegate the task to echelon 1, 2, or 3 officials. To all ministers, please check it out yourself, and monitor the programs in your ministries, once again, in detail. Dont be trapped in routinity, the President firmly said.

President Jokowi also asserted that the ministers must ensure that there is no corruption involved in Indonesias State Budget, and they must take preventive measures in their ministries/institutions. Do not hesitate to take firm action to protect the money in the State Budget, the President added.