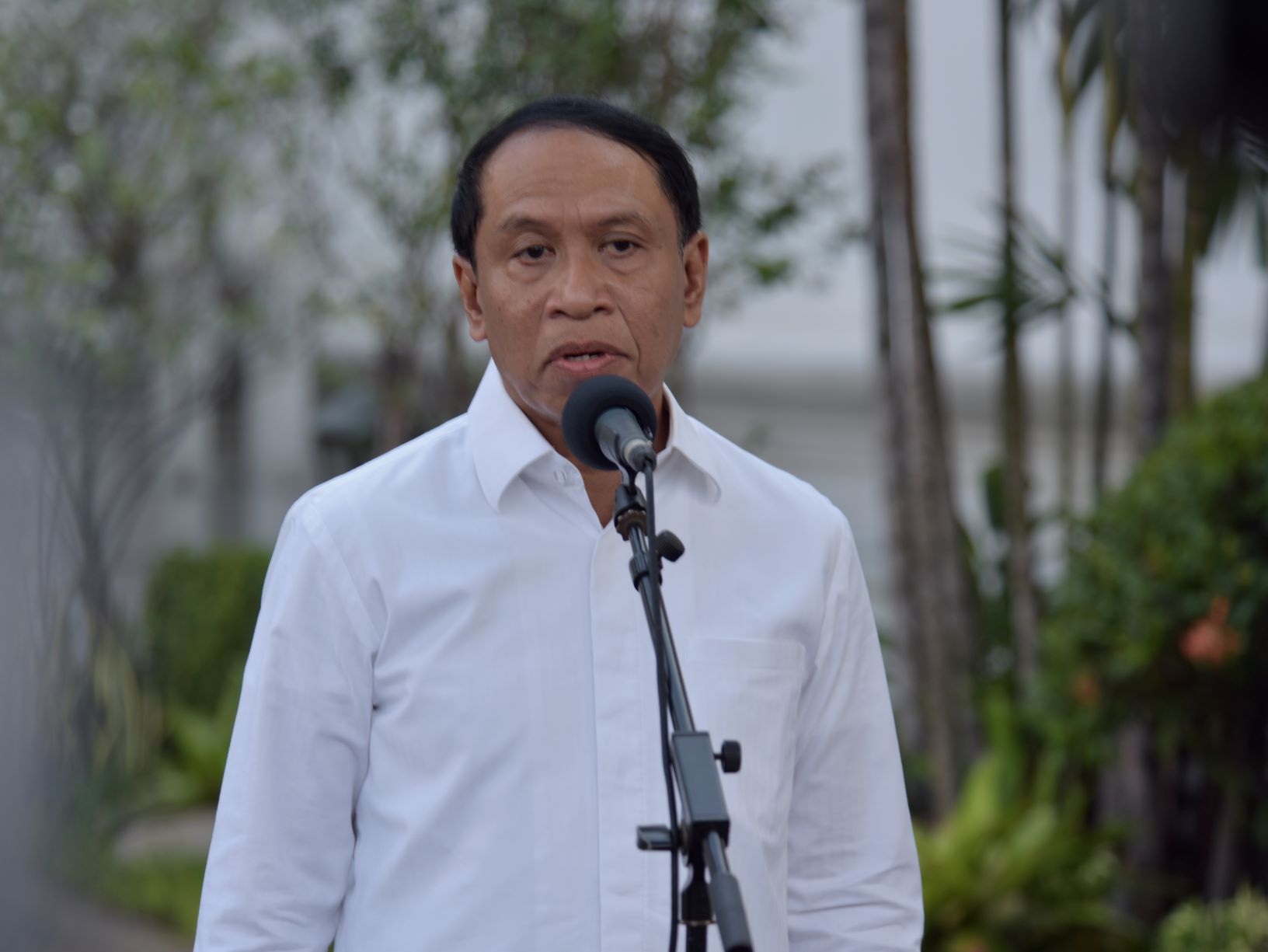 Zainudin Amali holds a press conference after a meeting with President Jokowi at the Presidential Palace, Jakarta, Tuesday (22/10). Photo by: Oji/PR

Zainudin said that he and the President discussed measures on developing human capital and improving national sport achievements.

“We are a big nation, but we have not reached our greatest potential in human capital development,” Zainudin told reporters after the meeting.

He went on to say that the youth must be encouraged to achieve achievement in sport at international, regional and national level and this can be realized by accelerating sport development programs across the nation.

When asked by reporters whether he would be the next Minister of Youth and Sports, Zainudin did not provide the exact answer.  “I don’t know. Just wait for the announcement. We only discussed the measures to develop our national sports achievement.” he stated. (HIM/OJI/ES)