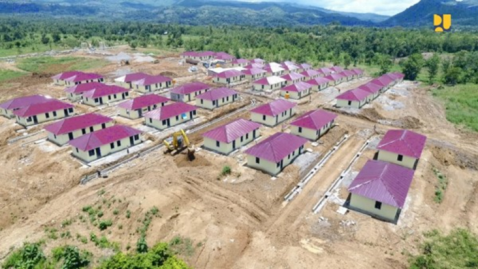 Photo: PR of Ministry of Public Works and Public Housing

Building special houses is government’s commitment to provide decent houses for the people through A Million Houses Program. It is also a realization of equitable development throughout the country, especially in the outward, outermost, and disadvantaged regions.

“This is a real proof that government plays a significant role in providing decent houses. We hope that the houses can increase life quality of the people who will receive more decent, healthy, and comfortable houses,” Minister of Public Works and Public Housing Basuki Hadimuljono, as quoted from official website of Ministry of Public Works and Public Housing, on Tuesday (14/09/2021).

Previously, the Government of Belu Regency has proposed to build 450 units of special houses that consist of 400 units for the people in the border area and 50 units for Brigade Mobile personnels. From the proposal, 300 units have been built by stages in 2020-2021.

Stage II project which is also located in Tohe village, Raihat district is started in 2021 in regular work package. Today, Stage II project is in the process of construction and 65.60 percent progress has been made. Meanwhile, the Stage III project, which is included in 2021 National Economy Recovery program, is still in the process of open tendering. The construction of Stage III will be carried out in Rafae village, Raimanuk district. (PR of Ministry of Public Works and Public Housing/UN) (AW/LW)