Government Designing a Creative City Such as Paris 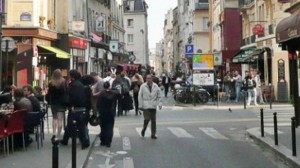 Government Designing a Creative City Such as Paris

The government together with the Agency Creative Economy designing a creative city development to encourage the creative economy and the development of creative work that currently exists.

Triawan said, currently, the location of creative city development is still being explored, however, is expected not far from the port and other supporting facilities.

According to Triawan, realizing the creative city cannot be in a short time because it requires thorough preparation.

“So we cannot hurry to build the city and build part from the city, it will take time. Then we are also not in a hurry, and President Jokowi also realized it could not be done in a hurry, it takes preparation, starting from preparation of the Act, then the Ministry of Public Works, from the cross-sectoral and the cross-ministry, “he said.

Triawan says, Paris is one example of a creative city, however, requires a thorough preparation and adequate infrastructure to achieve this goal.

This body has the task to assist the President in formulating, establish, coordinate, and synchronization policies in the field of creative economy.

Triawan who is the father from singer Sherina Munaf was appointed as head of the Creative Economy is based on Presidential Decree No. 9 P 2015. In the decree mentioned, Head of Creative Economy obtain financial and other facilities equivalent to minister (*/WID/ES)