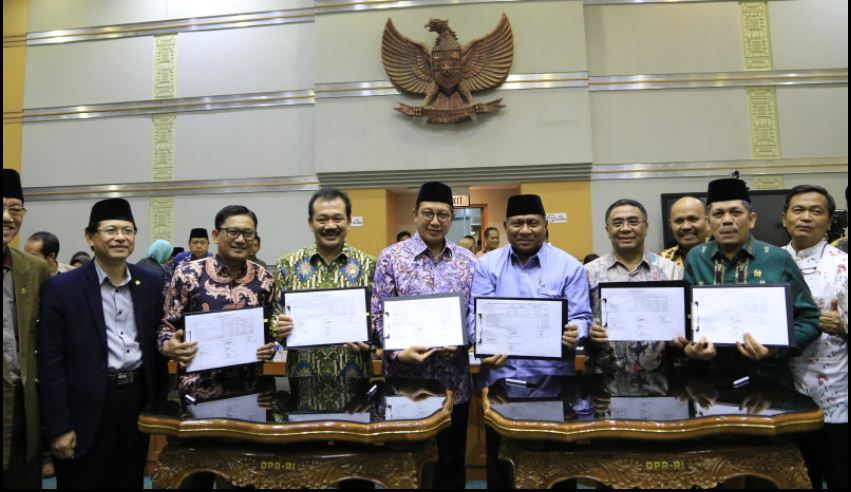 The Government and Commission VIII of the House of Representatives (DPR-RI) overseeing religious affairs have agreed on the new price of hajj (Biaya Penyelenggaraan Ibadah Haji) this year.

The document on the new hajj price was signed by Minister of Religious Affairs Lukman Hakim Saifuddin and members of the Commision during a working meeting on Friday (24 /3).

The Government and the DPR based on the report from the hajj price working committee have agreed on this years hajj price at Rp34,890,312 and we have agreed that is a direct cost, said Ali Taher, Chairman of Commission VIII.

According to Ali, the rise is very rational, objective, and is based on two important factors, namely the rise in avtur price and inflation in Saudi Arabia.

In the meantime, Minister Lukman expressed his appreciation to the Commission that have decided on and given approval to the new hajj price. It certainly went through a long process, Lukman said.