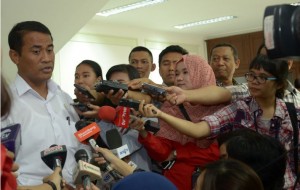 Agriculture Minister Amran Sulaiman said, based on the evaluation of the work since October 2014 until March 2015, has been an increase in planted area of 700 thousand hectares, which is expected to increase production to 3 million tons.

In addition, the government also will build food estate, and the future for the downstream area of 3 million hectares of which will be done this year.

There may be opening a new land? “This is future plans, on the border of 1 million hectares for oil palm, then in Kalimantan 500 thousand hectares for food estate. Planned to plant corn, soybeans, and rice,” said Amran told to reporters after limited meeting that addressed the issue of agriculture and plantations, in the office of President, Jakarta, Wednesday (8/4) afternoon.

Furthermore, the Minister of Agriculture said that the focus of the food estate in West Kalimantan and East Kalimantan. But in Merauke, Papua, also will keep running.

Agriculture Minister added that in the Kalimantan region for a while there is the allocation of land from the Ministry of Environment and Forestry of 350 thousand hectares.

Regarding the response of the entrepreneurs who attended the limited meeting on the government program, the Minister of Agriculture Amran Sulaiman said they were excited because there are downstreaming. “The assistance provided to entrepreneurs in the form of easiness, especially land preparation by the government, speed up the bureaucracy, and other services also accelerated,” he said.

Minister of Agriculture believe, if carried out downstreaming and build a new land foodestate, of course, will also increase the welfare of farmers. (Humas Setkab/ES)