Government Regulation No. 17/2015: the Government Will Have Food Reserves 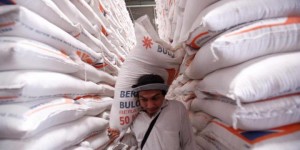 Government Regulation No. 17/2015: the Government Will Have Food Reserves

Determination of the number of Government Food Reserves is conducted by considering: a. Certain Staple Basic Food Production nationally; b. Coping with the emergency and vulnerability of food; c. Control and stabilization of prices the certain Staple Food supply at the level of producers and consumers; d. Implementation of international agreements and international cooperation food aid; and e. Nutritional adequacy rate recommended.

“Distribution of Government Food Reserves conducted based on the Ministerial coordination meeting/heads of institutions,” reads Article 9 Paragraph (2) of the PP

“Food Diversification as referred can be conducted by the Government, local government, colleges, and / or local Food business communities,” reads Article 26, Paragraph (2) of Government Regulation No. 17 of 2015.

As for the determination of rules of Food Diversification as referred be carried out based: a. The principle of balanced Nutrition; b. Based resources and local wisdom; c. Environmentally friendly; and d. Safe.