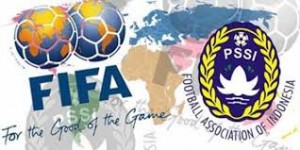 The government would hold a meeting with International Football Federation (FIFA) in order to discuss a reform agenda for Indonesian football. The meeting plan with FIFA officials under the command of President Gianni Infantino was mentioned by President Joko Jokowi Widodo to the press at the Ministry of ESDM building, on Monday morning (26/2).

Related to the possibility of revoking the suspension of the Football Association of Indonesia (PSSI), President Jokowi said that he had already instructed the Minister of Youth and Sports  (Menpora) Imam Nahrawi to conduct a study.

I asked (for the result) in 1 to 2 days. So today is latest, Menpora will report it, said President.

The revocation would also be discussed in a meeting with FIFA.

The revocation of PSSI will be conducted immediately after there is an agreement with FIFA about PSSI reform agenda, ended Jokowi.

As we all are aware, the Government, through Minister of Youth and Sports Decision Number 0137 of 2015 on Administrative Sanctions to Suspend the Acticity of PSSI taking into effect on 17 April 2015. ?(UN/EN) (AJ/LW)