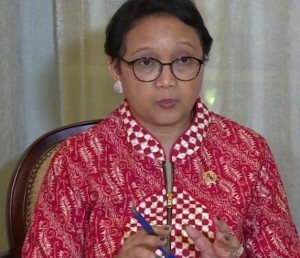 Government of Indonesia to send as soon as possible humanitarian assistance for Rohingya refugees in Bangladesh, which amount at the moment continues to increase. Minister of Foreign Affairs Retno Marsudi said that she has assigned Indonesian Ambassador to Bangladesh, Rina Soemarno, to make an inventory of the needs of the refugees.

So far, the Minister added, the refugees need all-season tents because the current refugee shelters are no longer enough to accomodate them.<>

Some of their needs have been listed and when the list is complete, based on the Presidents directive, we weill immediately send the assistance because the refugess really need tents, food, and drinking water, Retno said in Singapore, Wednesday (6/9) evening.

The Minister stated that President Joko Jokowi Widodo has ordered to help to handle humanitarian issues that appear as the effect of of the conflict in Rakhine State, Myanmar. Therefore, she personally visited Bangladesh to discuss the issue of Rohingya refugees and the assistance that can be provided by Indonesia to alleviate the burden iof the Government of Bangladesh in accomodating the refugees which amount grows from time to time.

In a talk with the Prime Minister as well as Foreign Affairs Minister of Bangladesh, Retno stated that she was specifically delegated by the President of Indonesia to discuss the issues of refugees.

Besides with the Government of Bangladesh, I also had a meeting with UNHCR and IOM in Bangladesh whom I know quite well because last year I visited a refugees shelter located at  the border of Myanmar and Bangladesh, Retno said.

According to the Minister, Bangladesh appreciated Indonesias support to hand the issues of Rohingya refugees. She also emphasized that a good bilateral relation between Myanmar and Bangladesh is a necessity because without it, the issues of refugees as well as border management cannot be well handled.

Thus, we try to talk to both countries to keep their good ties. In addition, they must also well communicate to solve border and refugees problems, Retno said. (UN/ES) (MMB/YM/Naster)