Government Will Establish a New Body to Manage Norway-REDD+ Grant 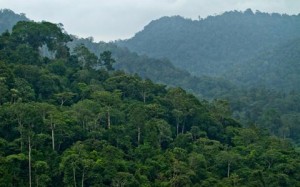 Government Will Establish a New Body to Manage Norway-REDD+ Grant

In the near future, the Government will establish a new institution or body to manage grant fund from the Government of Norway in Reducing Emissions from Deforestation and Forest Degradation (REDD+) program or reduction of greenhouse gas emission.

At the beginning of next year, we will introduce a new institution to manage the grant from Norway-REDD+, Minister of Finance Bambang P. S. Brodjonegoro said in World Economic Forum in Jakarta, on Monday (14/12).

The Minister expects this grant fund can stimulate next initiative to fund forest conservation and reduce deforestation in Indonesia.

We will share it to all over Indonesia so that the participation will be massive. The grant will be divided to smaller amount and we will give it to local levels, the Minister said.

For the record, Norway has a performance-based agreement to reduce deforestation with Indonesia, Brazil, Colombia, Ethiopia, Guyana, and Liberia.

REDD+ program is a movement that is initiated by the Government of Norway in handling greenhouse effect and forest rehabilitation. Norway disbursed US$ 1 billion to Indonesia. However, it just uses US$ 30 million. Therefore, the Government still has US$ 970 million.