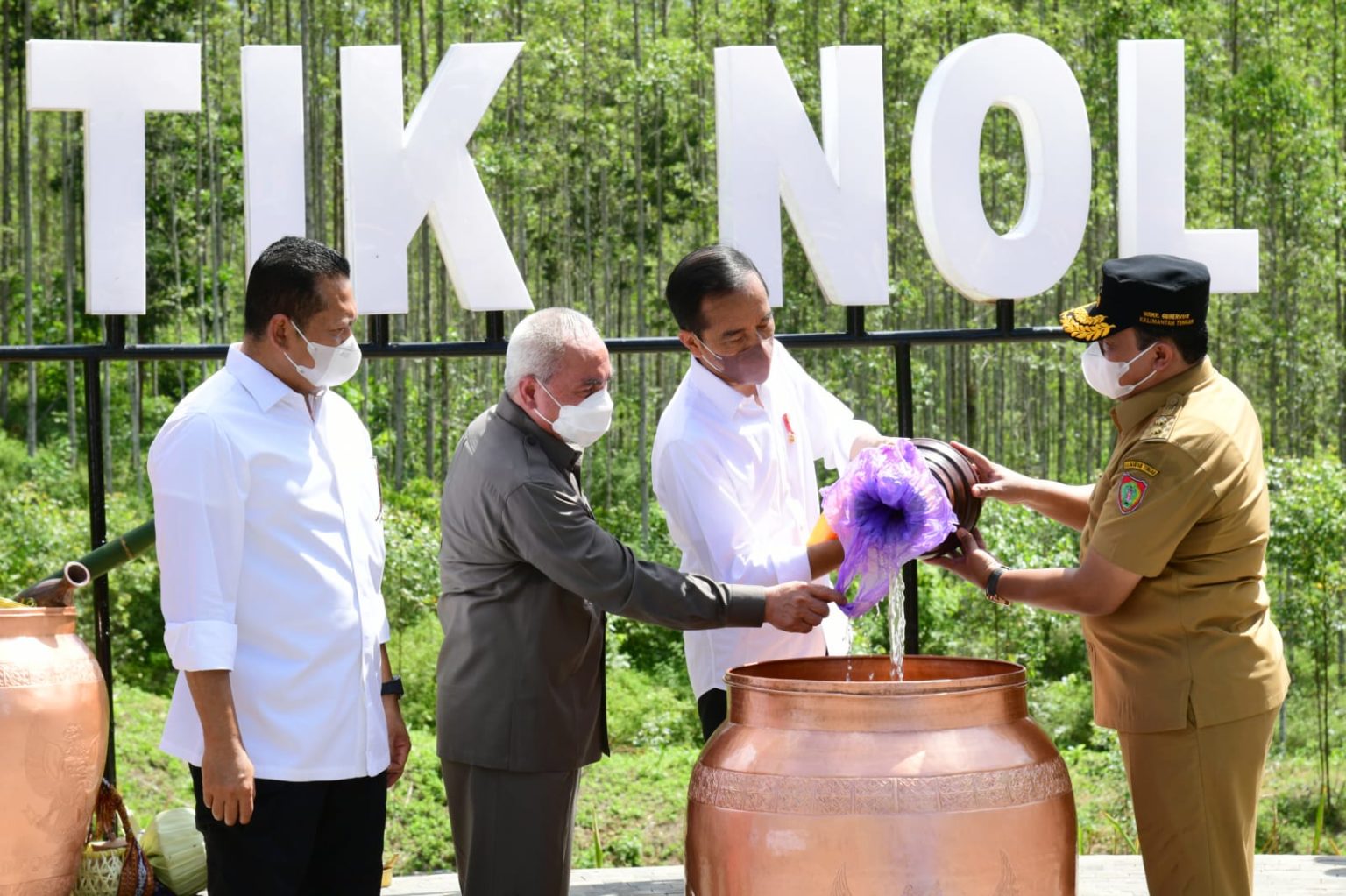 “Soil and water unification” ceremony at the ground zero of the new capital, Monday (03/14). (Photo by: BPMI of Presidential Secretariat/Laily Rachev)

On that occasion, Governor of East Kalimantan Isran Noor expressed hope that the existence of the new capital would bring significant impact in terms of equity and development in Indonesia.

“I think it will bring broad impact in terms of equity and development across the archipelago. If we draw a cross line like this, the capital city is at the cross point, so the impact will be on everything, including on the economy, development, and social welfare,” Isran said.

Likewise, Governor of East Nusa Tenggara Viktor Laiskodat said that the construction of the new capital would create economic equity in the country.

“In the future, all matters relating to the Government administration, leadership on development related to Head of State or Head of Government or Cabinet Ministers are more accessible,” he said.

In the meantime, Governor of West Java Ridwan Kamil said that the new capital could become the best city in the world.

“To become the best city in the world, it has to be smart, green, and zero carbon. In terms of design, usually the planned city is designed by private sector, now we have an opportunity [to develop a planned city],” he said.

Governor of Jakarta Anies Baswedan expressed hope that the new capital will be able to protect the entire community and provide social justice for all Indonesian people.

“I hope that the new capital city will achieve the noble aspirations of the establishment of the Republic of Indonesia, namely to bring social justice for all Indonesian people,” he remarked. (BPMI of Presidential Secretariat/UN) (RI/MUR)