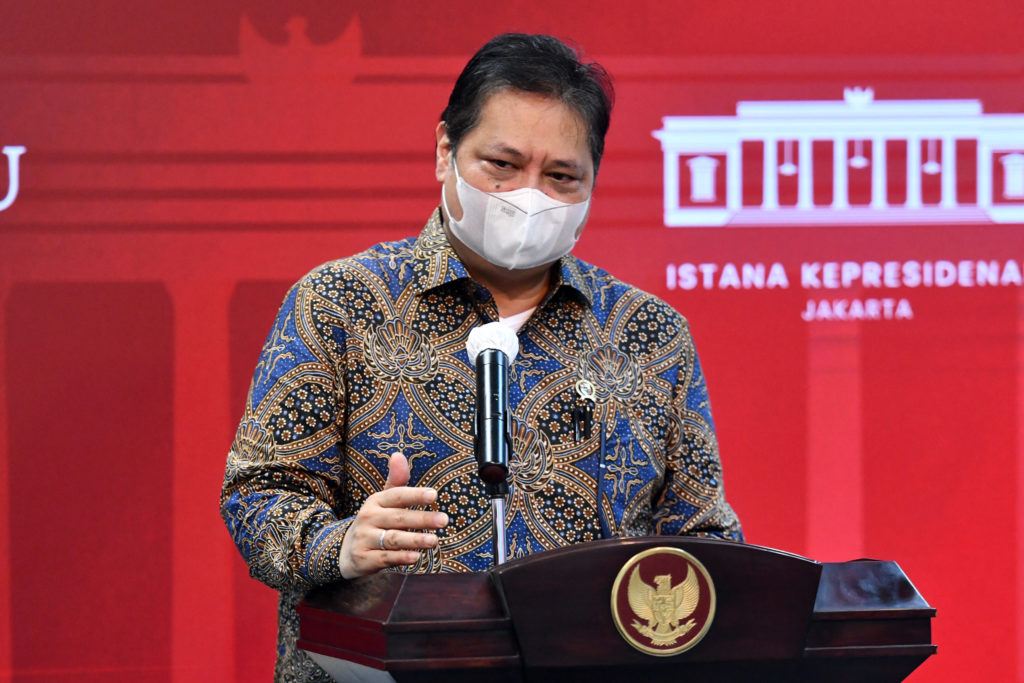 In a bid to suppress and curb the current spread of livestock foot-and-mouth disease (FMD), the Government continues conducting various measures, one of which is to immediately procure and distribute FMD vaccines in large quantities for livestock vaccination.

“I hope the herd immunity can be achieved soon after vaccination,” Coordinating Minister for Economic Affairs Airlangga Hartarto said in a limited coordination meeting on FMD handling on livestock, Sunday (06/19).

According to Airlangga, the first vaccination was carried out on June 14 in Sidoarjo regency, East Java province, and there will be two basic vaccinations with an interval of one month and booster vaccinations every six months.

“The Government is finalizing the purchase of three million doses of vaccine so it can be immediately distributed hence priority livestock can be vaccinated,” he said, adding that the vaccination drive will be carried out by around 1,872 medical personnel and 4,421 paramedics.

Airlangga also stated that the Government needs 28 million doses of vaccine for the program, which will be met with imported vaccines and domestic vaccines from the Center for Veterinary Medicine (Pusvetma) and other domestic vaccine manufacturers.

Since the FMD vaccinations are still very low at the moment, the Minister underscored the importance for regulation and supervision of livestock traffic for subdistricts or villages based on zoning, namely the red zone (outbreak area), orange zone (infected area), yellow zone (suspected area), and green zone (non-infected area).

“It is not merely about the small percentage of cases, still we do not want the disease to keep spreading,” he remarked. (Coordinating Ministry for Economic Affairs PR/UN) (GWH/HD)