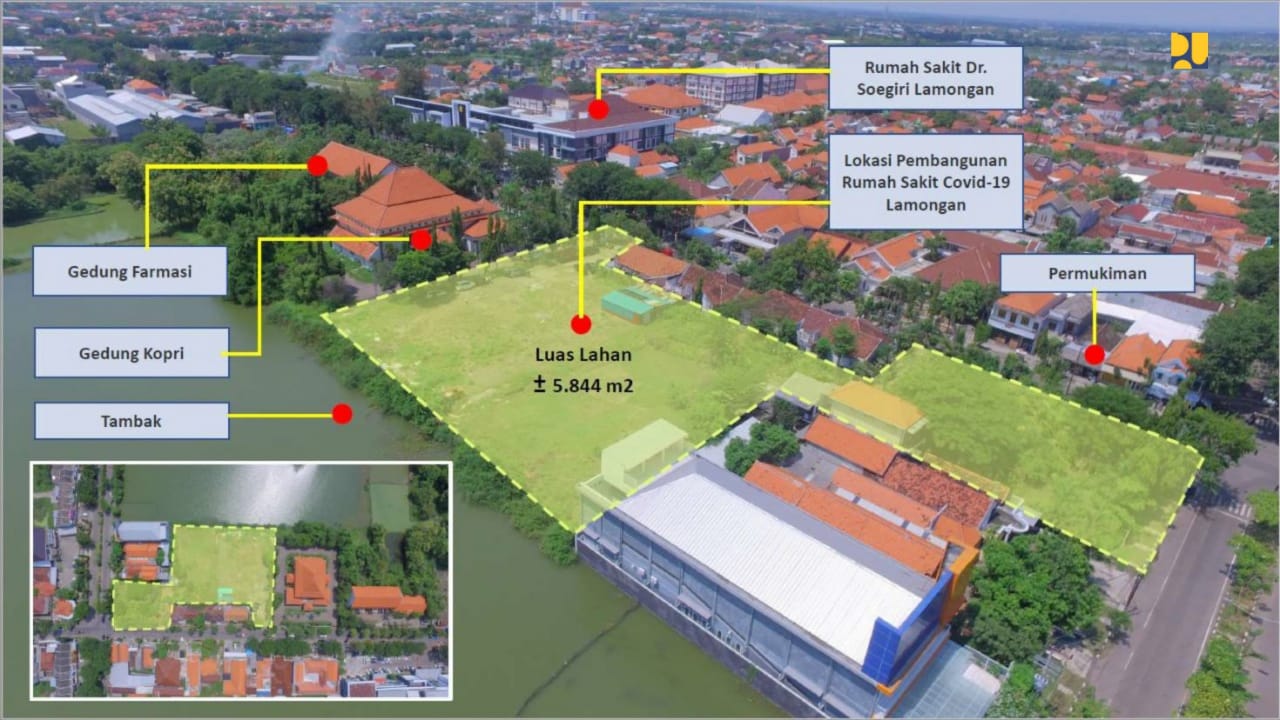 The Government continues to provide support for the availability of health facilities to handle COVID-19 patients in a number of regions, including those in Lamongan Regency (East Java Province) and Biak Numfor Regency (Papua Province).

Minister of Public Works and Public Housing Basuki Hadimuljono said that apart from the ongoing project of Gajah Mada University (UGM) Academic Hospital in Yogyakarta, the Ministry is also planning to upgrade health facilities at hospitals in the two aforementioned regions.

To date, Lamongan Regency does not yet have a standard hospital for handling COVID-19 patients. Patients who were tested positive were treated at Dr. Soegiri Hospital, Muhammadiyah Lamongan Hospital, as well as several public facilities that were converted to handle COVID-19 patients, namely Karangkembang Health Center, Deket Health Center and apartments.

This location is only 132 meters away from the designated Dr. Soegiri Hospital. The construction project began on 1 May 2020 with a budget of Rp33.53 billion and is targeted to be completed in early June 2020. At present, the development progress has reached 20%.

Other than that, there are also a powerhouse, pump room and ground water tank, mortuary, rubbish bins, landscape arrangement, public and doctor parking and fence.

The construction of the hospital is permanent so that after the pandemic is over, the hospital can be used for infectious hospitals and others. The type of hospital is Type C Hospital with standard provisions referring to the regulations of Ministry of Health of the Republic of Indonesia.

Meanwhile for the Biak Numfor Regional Hospital, the budget is estimated at Rp38.28 billion. Currently, as a temporary isolation room, the hospital utilizes two old buildings namely the Kosinan Building and the Tropical Building which are close to the Laboratory Building. (Ministry of PUPR / EN)