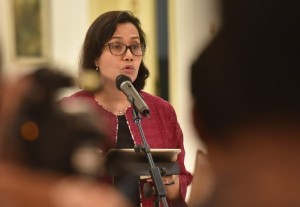 In a bid to maintain fundamentals of the Indonesian economy, the Government deemed it necessary to control current account deficit of the first semester of 2018 which was at US$13.5 billion or 2.6 percent of Gross Domestic Product (GDP).

The Government has implemented several policy mixes, among others, by monitoring infrastructure projects particularly the national strategic projects, implementing the use of Biodiesel (B20), and evaluating policy of import income tax, Coordinating Minister for the Economy Darmin Nasution said in a press conference of an event adopting theme The Government Policies in Controlling Current Account Deficit (CAD), held in Jakarta, on Wednesday (5/9).

Minister of Finance Sri Mulyani Indrawati asserted that the Government adjusts the import income tax or PPh Article 22 tariff to 1,147 tariff post, with these following details:

The Minister affirmed that the policy to control imports by implementing Income Tax (PPh) policy is not new for the Government.

The Government had implemented similar policy back in 2013 and 2015, Sri Mulyani said adding that at that time the Government raised PPh Article 22 tariffs from 2.5 to 7.5 percent to 502 commodity items.

Meanwhile in 2015, the Government raised PPh Article 22 tariffs to 240 commodity items from the previous 7.5 to 10 percent to certain consumer goods that its luxury goods tax (PPnBM) was abolished.

According to the Minister, payment of PPh Article 22 means Income Tax to be paid in arrears which also can be credited to pay PPh due in the end of tax year.